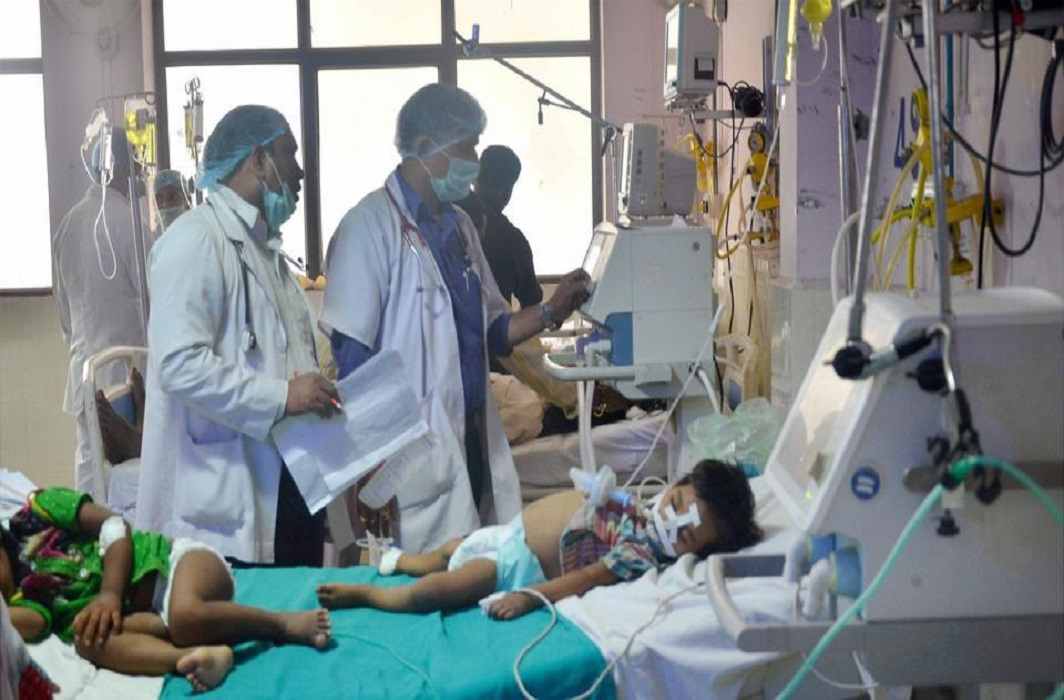 Reportedly, FIRs ordered by state government could not be lodged due to confusion over sections under which the accused should be booked

Jain was removed from her position and posted as Director General (Training) as the probe committee found her guilty of delaying the payment to the oxygen vendor. The vendor had allegedly disrupted supplies over non-payment of dues, causing death of more than 60 children within five days in the state-run, BRD Medical College in Gorakhpur.

According to sources, the team has pinned the blame on six officials including Jain.

The committee led by chief secretary Rajive Kumar also included Secretary (medical education) Alok Kumar, Secretary (finance) Mukesh Mittal and Medical Superintendent of SGPGI, Lucknow, Dr Hem Chandra. The committee was formed on August 1 to ascertain the cause of multiple deaths in a short span and also to find out the people responsible for the tragedy.

Other officials who are likely to face action include former principal of BRD Medical College Dr Rajeev Mishra, his wife Dr Purnima Shukla and head of the paediatric department and in-charge of encephalitis ward Dr Kafeel Khan.

The committee has also levelled charges against, Dr Satish (responsible for ensuring uninterrupted supply of liquid oxygen) for allegedly going on leave without permission at a time when oxygen was in short supply.

According to a report in Hindustan Times, despite Uttar Pradesh government’s order to lodge FIR against the responsible officials for the tragedy, no action could be taken due to confusion over the sections under which the accused should be booked.

The report says staff from chief secretary Rajiv Kumar’s office reached Hazratganj police station to lodge FIRs on Tuesday night but could not do so as the police and officials were equally confused over the applicable sections.

Reportedly, Dr Mishra and his wife left their official accommodation on the hospital campus soon after reports of lodging of FIR surfaced.

As per reports, proprietor of Pushpa sales, the company that supplied oxygen cylinders to the hospital, and accountants of medical college are also under the scanner.