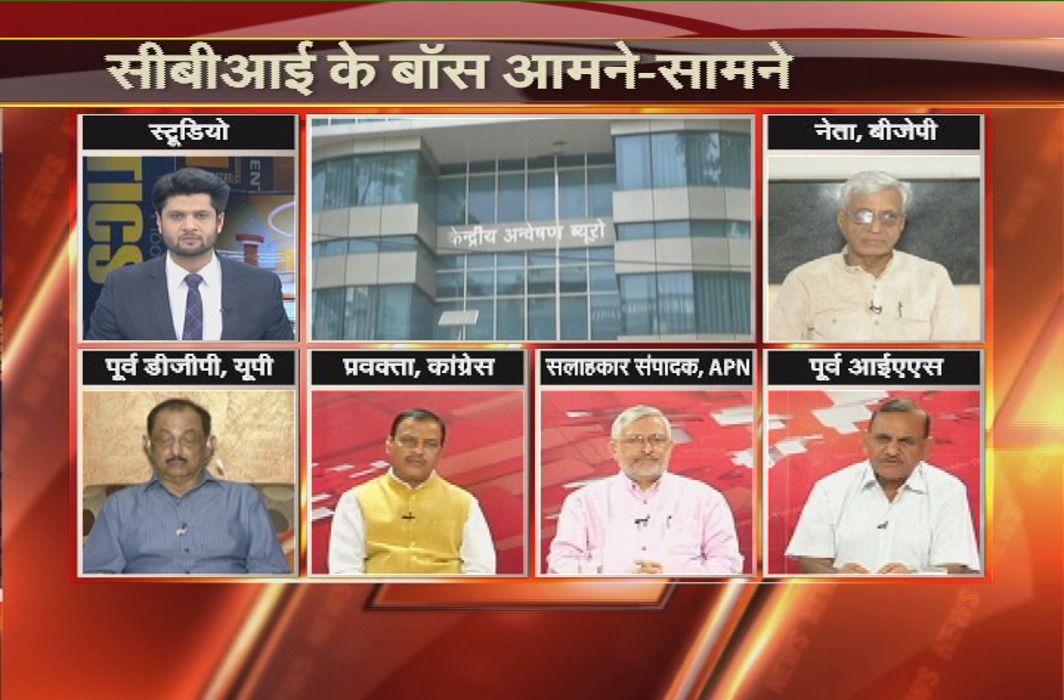 Panellists feel that case against special director undermines its anti-corruption image, that this is a double blow to credibility of agency

In an unprecedented development, the Central Bureau of Investigation has booked its own special director and number-two in the organisation, Rakesh Asthana, in a bribery case. Asthana, who is named as the prime accused in an FIR filed on October 15, is alleged to have received kickbacks, amounting to Rs 2 crore, from a businessman, Moin Qureshi, to settle a money- laundering case against him.

The FIR also mentions Samant Kumar Goel, a special director with the Research and Analysis Wing (RAW), as aiding the illegal deal between Asthana and Qureshi. However, Goel’s role is currently still being probed.

Raju said: “This is definitely a big dent to the CBI image. The case is complicated. The first allegation in August in was made against CBI chief Alok Verma. Now Asthana and Goel are being caught in the dragnet. Obviously things are not right inside the CBI. The happenings create distrust in the organisation. Whom can the people trust now? Is the CBI like a shuttlecock in the hands of political parties because they are only trading charges against each other?”

Khera said: “The CBI is an independent agency. The government has no role in this. It is typical of the opposition, especially the Congress, to target the government whenever something untoward happens. Under Modi, the CBI is completely an independent body, in letter and in spirit.”

Capt Dwivedi said: “How ironical it is that we are discussing goings-on inside the country’s premier investigation agency. The Officials Secret Act stipulates for offices not to make public anything of national importance. There are stringent guidelines for officers to maintain high standards of conduct.”

Banerjee said: “The CBI has been constituted under the Delhi Special Police Powers Act. There is no separate law for it. The CBI looks at economic offences, corruption and general crime related matters. Internally, for policing of the CBI, there is an anti-corruption unit that scrutinises its own officers. I have studied the FIR against Asthana. The CBI chief had opposed Asthana’s posting with CBI because there had been cases against him. This is all factual. Asthana nevertheless came into CBI. There was a preliminary inquiry leading to a regular case. CBI had been watching this case since 2017.”

Singh said: “I have stated in the past that I don’t trust the CBI. How can the common man want any matter to be probed by the CBI now since its own house is in a mess?”

Khera said: “I want to reiterate that CBI appointments are made by the Central Vigilance Commission and not the government. A probe was started, and action has been taken, what is there for the government to say in this? The PM can’t say anything on this matter, as that will be construed as interference.” When Anant countered that Modi had promised to drive out corruption, Khera said: “The system can’t be allowed to collapse because of one black fish in the pond.”

Raju said: “There have been questions raised against Asthana’s character. On the one hand, the government seems to have given the green signal to Asthana’s continuation. Why wasn’t he removed earlier? Are the government’s eyes shut? Then why talk of corruption at all?”

Capt Dwivedi said: “Was there a dearth of officers due to which an officer who had already been under a cloud was appointed with the CBI? I want to know that. After all, no one is indispensable. Why have a controversial officer in such a top post at all?”