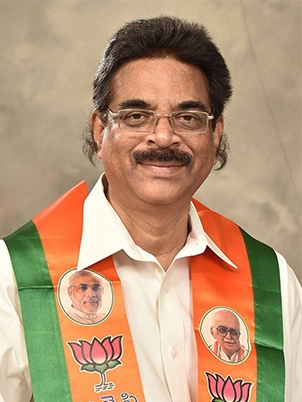 A press communiqué issued by the Rashtrapati Bhavan on Tuesday said that the additional Responsibilities of Mizoram was given to Arunachal Pradesh Governor B D Mishra (retd). It stated that the Governor of Arunachal Pradesh will discharge the function in addition to his own duties during the absence of Mizoram Governor Hari Babu Kambhampati.

Candidate’s appearing for the Rajiv Gandhi University Common Entrance Test (RGUCET) and the RGU PhD Entrance Test (RGUPET) have claimed that several candidates cheated using mobile phones inside the examination halls at various centres across the state. A candidate was reportedly caught using a mobile phone at Dera Natung Government College. Some candidates stated that they were not asked for their admit card or identification card. Reportedly, many candidates were allowed to bring their belongings, such as purses and bags to the exam halls. However, an invigilator said that they tried their best to perform their duties and the students should have informed them if they saw anyone’s cheating. Infuriated with the administrative failure of RGU, education Minister, Taba Tadir said that if the accusations are found to be true, the exams should be re-conducted for the deserving students. The RGUCET and the RGUPET are currently underway at various centers from 4 August and are expected to continue till 13 August.

The Northeast regions are expected to affect by the southerly moisture-laden winds from the Bay of Bengal. Therefore, for the next several days some parts of northeast are likely to witness widespread rain with isolated heavy to very heavy falls. The total rainfall amassing is expected to reach 400 mm in some areas of Arunachal Pradesh, Assam and Meghalaya for the next five days with some risks of mudslides, swollen rivers and flooding. The heaviest rain activity has been forecast from 27th August to 29th August.