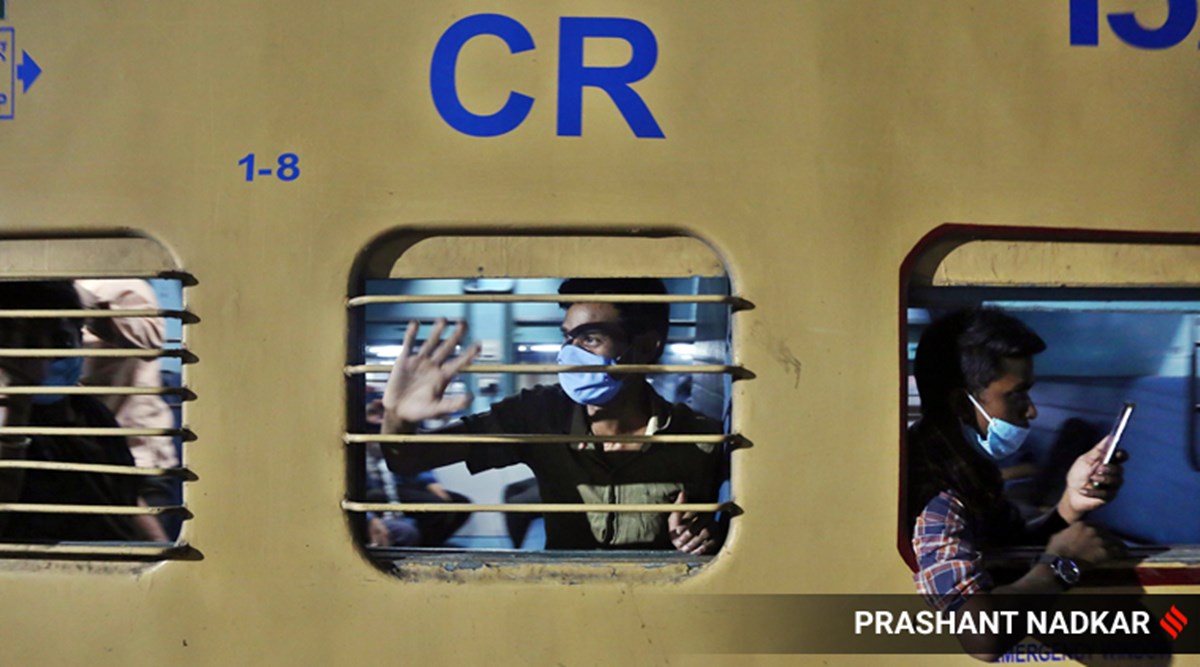 Congress President Sonia Gandhi on Monday accused the central government of charging train fares from migrant workers. She said her party was willing to bear the train fare expenses of migrant workers. The Central government has started special trains to ferry migrant workers home. Reacting sharply to Sonia Gandhi’s allegations, the government said Congress was politicising the migrant travel issue. It said “sometimes facts are counter-intuitive to emotions”. The BJP said no tickets are being sold and the cost of journey is being borne by the Indian Railways and the respective state governments.

Congress president Sonia Gandhi’s direction to state party units to bear the cost of tickets for migrants to return home across India on Monday triggered a political row with the Railways and the BJP saying the Centre would pay 85 per cent of the cost of migrant return.

The Congress president attacked the government for not giving stranded migrants free train rides home, flagging “100 crores” spent on just one event in Gujarat during the Trump visit and Rs 151 crore contributed by the railways to the PM-Cares fund.

“When our Government can recognise its responsibility by arranging free air travel for our citizens stranded abroad, when the government can spend nearly Rs. 100 crores on transport and food etc. for just one public programme in Gujarat, when the Rail Ministry has the largesse to donate Rs. 151 Crores to the PM’s Corona fund, then why can’t these essential members of our nation’s fabric be given a fraction of the same courtesy, especially free rail travel, at this hour of acute distress,” Sonia Gandhi said in a statement.

The centre, she said, barely gave a four-hour notice of the lockdown, so workers and migrant labourers were denied the opportunity to return to their homes. “Post the partition of 1947, this is the first time India witnessed a tragedy with such a massive human cost as thousands of migrant workers and labourers were forced to walk home several hundred kilometres on foot – without food, without medicines, without money, without transportation, without anything except for the desire to return to their families and loved ones,” she wrote.

Calling it “disturbing”, the Congress president declared that every state unit of her party would pay for the train travel of “every needy worker and migrant labourer”. Soon after, Maharashtra’s Shiv Sena-NCP-Congress government said it would pay the fare for those returning to the state by special trains.

Stung by the Congress’s move, official sources said the government was already subsidizing 85 per cent of the train journey and it was up to the states to bear the remaining cost of the ticket. Official sources rebutted the Congress and said the centre was already bearing the cost of running the trains half empty to ensure social distancing, and also of doctors, safety and railway staff.

States like BJP-ruled Madhya Pradesh are paying the remaining 15 per cent of the cost, which is the ticket price, the sources said. “States have been paying for the migrants’ food and shelter in the past 40 days. It is better that they should also give them the train fare. But states are not coming forward to do so,” the sources said.

The government started running special trains on Friday for migrants to travel to their home states with the lockdown to slow the spread of COVID-19 extended by two weeks.