Sharbat Gula, famous green-eyed Afghan girl, evacuated from Taliban to Italy; everything you need to know about her 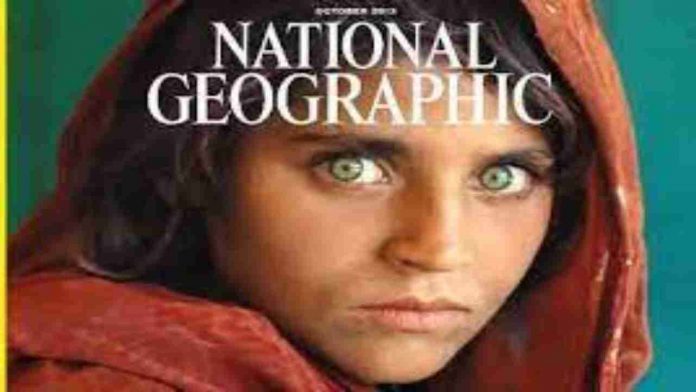 It was in 1985 when a green-eyed Afghan girl, Sharbat Gula, was featured on the cover of National Geographic. Cut to 2021, the famed girl is hitting headlines after she was evacuated from the Taliban and taken to Italy as part of the West’s evacuation of Afghans.

As per media reports, the Italian government had to rescue her after Sharbat Gula asked for help to leave Afghanistan after the Taliban took over the country in August this year. The office of Premier Mario Draghi in a statement said that the Italian government will now help to get her integrated into life in Italy.

How Sharbat Gula rose to fame?

In 1984, a war photographer Steve McCurry clicked Sharbat Gula’s picture that got published on the cover of National Geographic. Her mesmerising green eyes gained attention and served her with international fame. In the published picture, Sharbat was donning a headscarf and her eyes reflected the pain and anger of a refugee living in a camp on the Pakistan-Afghan border.

According to reports, Sharbat’s identity was revealed in 2002 when the photographer who clicked her returned to the region to find her.

Everything about Sharbat Gula

Media reports suggest that Sharbat Gula was around 6-year-old when her family fled from Afghanistan during the Soviet-Afghan war. They settled at the refugee camp in Pakistan in 1984. She went to an informal school at the Nasir Bagh refugee camp.

Read Also: Man behind 26/11 Mumbai attack: From planning of Mumbai attack to Ajmal Kasab’s death penalty, here’s all you need to know!

At the age of 16, Sharbat got married and had 3 children later. In 2012, she became a widow after her husband succumbed to hepatitis C. Later in 2014, she was accused of having a fake Pakistani ID identity card and went hiding from place to place. She was then deported back to Afghanistan followed by the accusation.

Sharbat flew back to Kabul and was allotted keys to a new apartment by President Ashraf Ghani and he also hosted a reception for her at the presidential palace.

In 2021, Italy organised her travel to the country and evacuated her from the Taliban occupied Afghanistan.