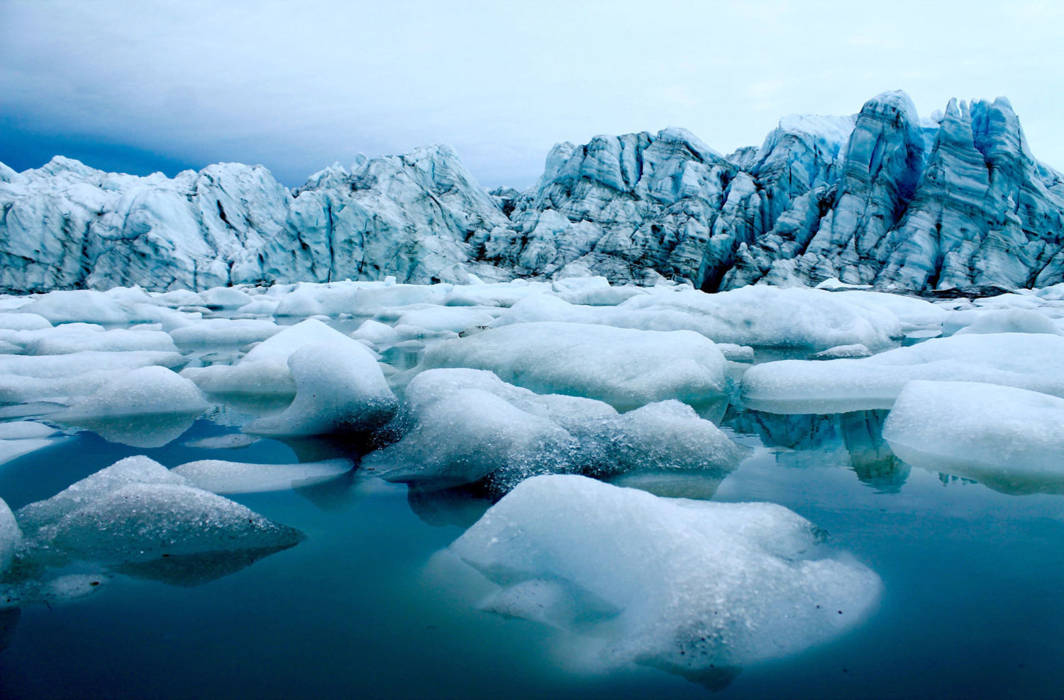 Threat of rising seas submerging coastal regions and islands of the world is becoming more real and getting closer: after news of Antarctic ice melting six times faster than 40 years earlier, a new report finds that climate change is causing Greenland’s massive ice sheets to melt four times faster than in 2003 – just 15 years ago.

The study says that it may be “too late” to do anything about it.

The study published on Monday, Jan 21, in the Proceedings of the National Academy of Sciences says this could have dire implications for the planet’s low lying islands and coastal cities, reports CNN.

Eight of the 10 largest cities in the world are near coasts, and 40 per cent to 50 per cent of the planet’s population live in areas vulnerable to rising seas, it said.

Michael Bevis, a professor of geodynamics at The Ohio State University and the lead author of the study, said the research found that humanity may have passed the point of no return when it comes to combating climate change, reported a news agency.

“The only thing we can do is adapt and mitigate further global warming… It’s too late for there to be no effect,” said Bevis.

“This is going to cause additional sea level rise. We are watching the ice sheet hit a tipping point.”

Greenland’s ice has historically melted in cycles due to natural weather phenomena, but rising temperatures have exacerbated the trend, said Bevis.

Greenland, the world’s biggest island, appears to have hit a tipping point around 2002-2003 when the ice loss rapidly accelerated, said lead author Michael Bevis, a geoscientist at Ohio State University.

Bevis and his co-authors found that by 2012, the rate of ice loss had accelerated to nearly four times what it was in 2003. They also found this acceleration largely took place in Greenland’s southwest.

Before this study, scientists understood Greenland to be one of the Earth’s major contributors to sea-level rise — mostly because of its glaciers. Researchers studying sea level rise often focus on Greenland’s southeast and northwest regions, home to large glaciers which see large icebergs break off and flow into the Atlantic Ocean, CNN reported. Those chunks then melt and cause sea levels to rise.

But most of this ice loss is from the land-fast ice sheet itself, not Greenland’s glaciers. The largest sustained ice loss from early 2003 to mid-2013 came from Greenland’s southwest region, which is mostly devoid of large glaciers.

These new findings, Bevis said, show that scientists need to be watching the island’s snowpack and ice fields more closely, especially in and near southwest Greenland, reported Phys.org.

The Greenland ice sheet is 10,000 feet thick in places and contains enough ice to raise sea levels 23 feet (7 meters), said a National Geographic report. These ice sheets have been melting at an “unprecedented” rate, 50 per cent higher than pre-industrial levels and 33 per cent above 20th-century levels.

Global warming of just 1 degree C is the main driver behind this massive meltdown of the world’s ice.

All it takes to melt Greenland’s ice sheet is a surface temperature of 1 C and sunlight. “It used to be rare to get temperatures above 0 degrees on the ice sheet, but no longer,” Bevis said. And each degree above 1 C doubles the amount of ice melt.

However, the National Geographic report said, Greenland is dwarfed by the Antarctic ice sheet, which could raise sea level 57 meters if fully melted. Alarmingly, the Antarctic is also undergoing an accelerated melt down, losing six times as much ice as it was four decades ago, a January 14 study reported. Its ice loss averaged 252 billion tons a year over the past decade.

It’s the same story for western North America’s glaciers where ice loss quadrupled since the early 2000s to 12.3 billion tons annually, a recent study revealed. A similar trend is reported elsewhere. In Himalayas, which have the largest number of glaciers after the polar ice caps – more than thirty thousand sq. km of the Himalayan region is covered by the glaciers – the glaciers are disappearing faster every year, said a report, with some smaller glaciers now only half the size they were in the 1960s. Research on the subject, however, pointed out a Down to Earth report, is still disparate and disjointed. Even the number of glaciers, the total area they cover, and the total volume of water stored in them remains clouded in uncertainty.