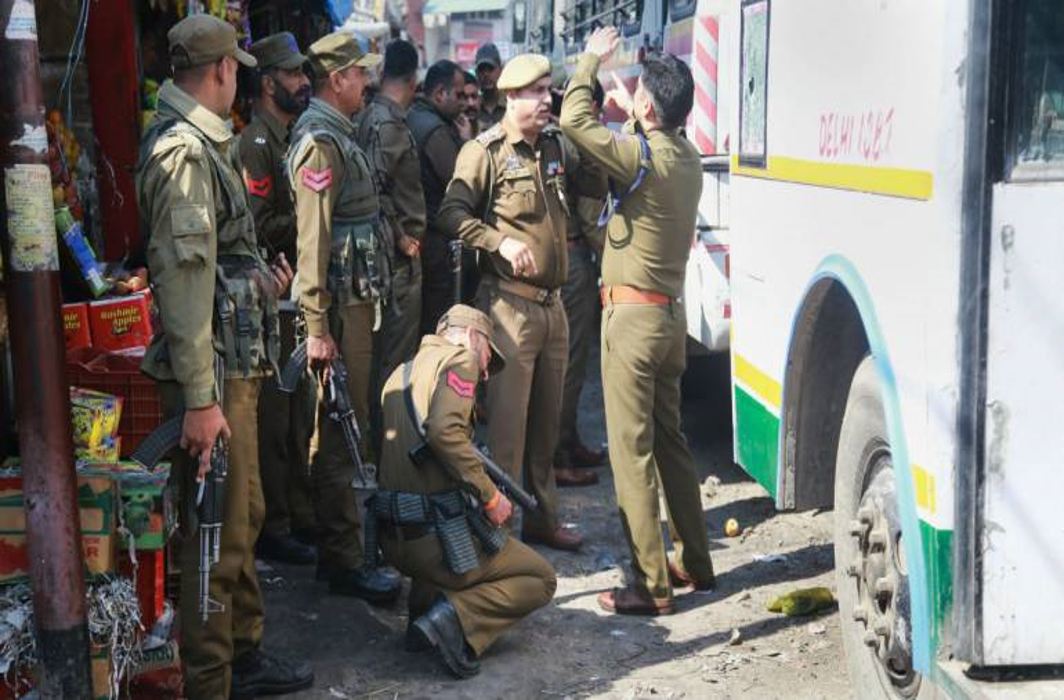 At least 26 people have been injured in a grenade attack by suspected terrorist at a bus stand in Jammu, which comes exactly three weeks after the terror attack in Pulwama.

The explosion took place today at around 12:00pm. All the injured have been taken to the Government Medical College for treatment and five of them are critical, doctors said.

The police said the grenade had been placed under a bus at a bus stand in the heart of the city. Inspector General of Police (IGP) Jammu Manish Kumar Sinha said that the police are following leads.


MK Sinha, IGP Jammu on blast at bus stand: It was a grenade explosion, it has caused injuries to approximately 18 people, all shifted to hospital pic.twitter.com/TYBvQ9lpKj

Early visuals from the blast site also showed damaged vehicles. The area has been cordoned off, and assessment is currently underway- Jammu police said in a briefing.

An officer said most of the injured are bus drivers and conductors. It is unclear if there were people inside the bus.
“I thought it was a tyre burst. It was a big blast. The locals took the injured to the hospital in an ambulance,” an eyewitness told news agency ANI.

This is the third grenade attack by terrorists in the bus stand area of the city since May last year.

Windscreens of a parked state road transport corporation (SRTC) bus were damaged in the blast, a police officer said.

J&K: Blast at Jammu bus stand. Injured admitted to hospital. Area has been cordoned off by security personnel pic.twitter.com/utO7RX0GOp

Jammu: Visuals from a hospital where people who were injured in a blast at a bus stand have been admitted for treatment. pic.twitter.com/Cu6FfIqDjI