Guru Nanak Jayanti 2021: What is Kada Prasad? Here are some recipe videos to make holy food on Gurpurab 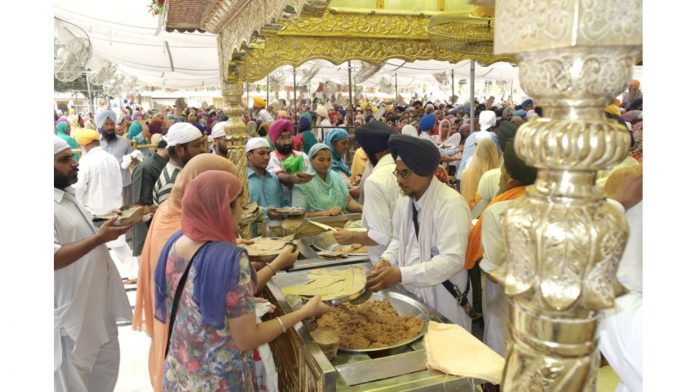 The sacred festival comes on Kartik Poornima, the fifteenth day of the Kartik month, according to the Hindu calendar. On this special day, the langar, a special community lunch, is served to all the devotees. This meal is strictly vegetarian and varies from Gurudwara to Gurudwara but the one thing that remains constant is the Kada Prasad.

Kada Prasad or Atta ka Halwa is a rich dessert prepared in Desi Ghee (clarified butter) and offered to all who visit & pray in a Gurudwara. It is made of whole wheat flour.

Kada Prasad is a holy food offered at Gurudwaras without any discrimination. It symbolises everyone is equal. It is distributed after Ardaas. Ardaas is a unique prayer in Sikhism.

Here’s how to make Kada Prasad?

When it is ready, first offer the prasad to the Guru and then serve the delicious Kada Prasad to the devotees.

Here are some videos that can help you cook Kada Prasad!

Republic Day 2022: Here’s everything you need to know about the celebration amid Covid-19 outbreak

According to the official statements, there will 8 contingents of the Indian Armed forces in the Republic Day celebration. Out of these, 6 contingents will be from Army, However, there will be one contingent from both Air Force and Navy Force.
Read more
Education

Republic Day is celebrated every year on January 26. Have a look at these speech ideas that will help you win the competition.
Read more