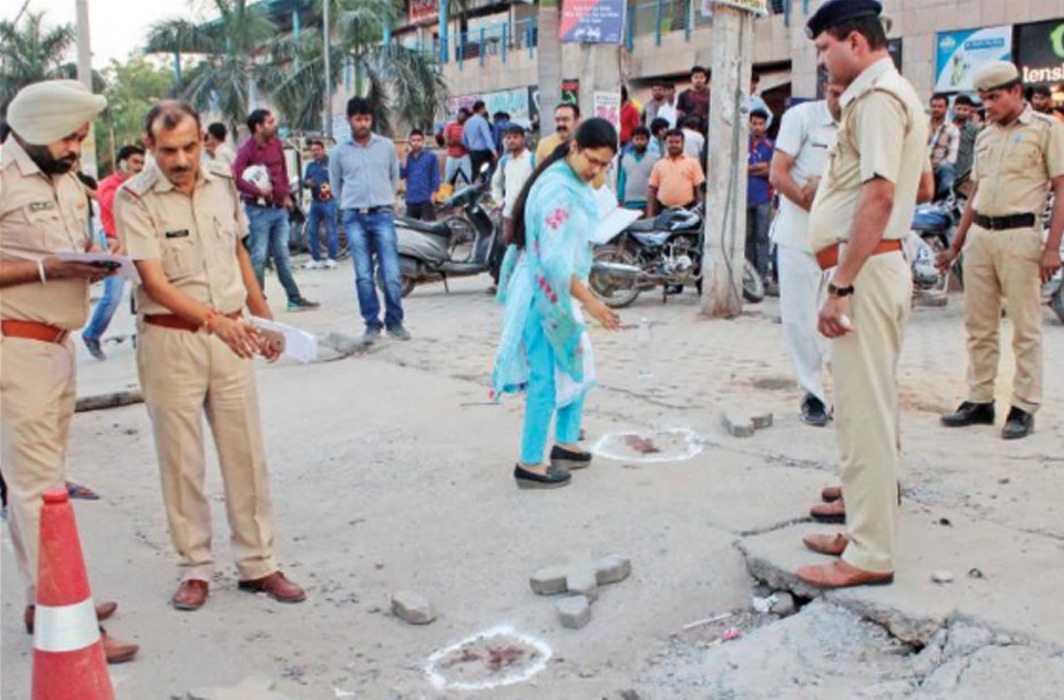 Krishan Kant, the Additional District and Sessions Judge at Gurugram’s wife Ritu Kant, who along with her teenage son was shot at by their Personal Security Officer (PSO), succumbed to her injuries late on Saturday night.

The gruesome murder by the personal security guard was somehow similar to how Indira Gandhi, the then Prime Minister, was killed in 1984 by her security guards at her official residence in the capital which triggered anti-Sikh riots.

The mother-son duo had gone for shopping on Saturday afternoon when the PSO shot at them from point-blank range.

K. Rao, the Police Commissioner confirmed that the judge’s wife died on Saturday around 10:30 p.m. at Medanta Hospital. She was reportedly hit in the abdomen and her chest. The bullet had punctured her lung causing to clotting of her blood. Her son Dhruv, who was hit twice in the head and once in the shoulder, continues to be critical.

At the time of the attack Ritu Kant and her teenage son Dhruv were getting into their car after shopping at a shopping mall at around 3:30 p.m. when PSO Mahipal shot at them.

Bhupinder, an eyewitness to the incident, said he rushed out of his office on hearing two gunshots and found the security guard engaged in a scuffle with the teenager. “He shot the boy while a large number of people was watching him and video recording the incident on their mobile phones,” he said.

Kishan Kant, the Judge said in the first information report (FIR) that Mahipal, the PSO, got agitated when Dhruv asked him for the keys to the car after he and his mother, returned from the shopping. Mahipal then rushed towards my wife and son without any provocation and shot at them, he said in the FIR. He claimed that the sequence of events was as told to him by his wife at the hospital.

The security guard Mahipal was arrested on the Gurugram-Faridabad Road two hours later.