Viral: THIS video of bride beating up groom for chewing gutka in mandap will make you go ROFL | WATCH 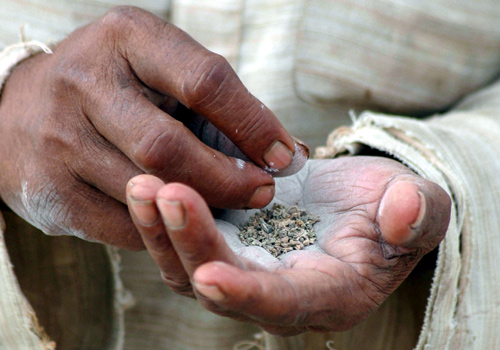 In a hilarious video that is being surfaced on the internet, a bride beats up her groom for chewing gutka in the mandap. The video was uploaded by an Instagram user named Niranjan Mahapatra. The bride can be seen slapping the groom.

Bride beats up groom in this hilarious video for chewing gutka in manpad:

The incident happened on the wedding pavilion when the wedding ceremony was just about to begin. Surrounded by relatives, the bride and groom can be seen sitting next to each other. After having a conversation with a wedding guest, she becomes upset and starts assaulting him. Further, she howls at the groom and starts hitting him.

No one at the wedding tries to control the situation. The bride got infuriated after she learned that her groom is chewing tobacco. After she slaps him, he had no option but to get up and spit the tobacco. The relatives present at the function rush to one side to avoid being spat on.

The video has garnered amusing responses from internet users. Some sections of users are also praising the bride for taking a stand for herself.

Well, this video might be hilarious, however, it also talks about social awareness. What do you think?