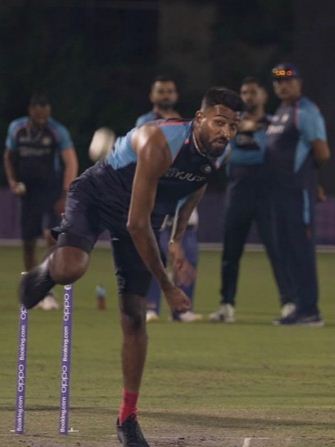 Earlier, on October 24th, Pakistan defeated India for the first time in any world cup match, breaking the losing streak of 12 consecutive defeats. Pakistan team led by young Babar Azam, dominated India in every aspect of the game, from fielding to bowling and batting, all departments and handed India a 10-wickets defeat.

Indian all-rounder Hardik Pandya, who has been selected in the squad as a fast-bowling all-rounder, didn’t bowl a single over in the match and also couldn’t do much with the bat. Fans and critics have been questioning the selection of Pandya, if he can’t bowl, cannot finish the match then why play him in the squad? Also, while batting against Pakistan, Pandya hurt his shoulder, which raised questions about his fitness.

Hardik’s inability to bowl has disturbed the balance of the Indian side. Last time the all-rounder bowled was during the Sri Lanka tour in July. He didn’t bowl a single over during the USE leg of IPL 2021 for his Indian Premier League franchise Mumbai Indians.

Recently, in a photo posted by BCCI social media handles, Hardik can be seen bowling in the nets. On Wednesday Hardik went through fitness drills, which included short sprints, under the watchful eyes of strength and conditioning Coach Sohum Desai and Nitin Patel. Pandya bowled around 20 minutes to Bhubaneshwar Kumar and Shardul Thakur. He was closely monitored by the team’s head coach Ravi Shastri and cricketer turned mentor MS Dhoni.