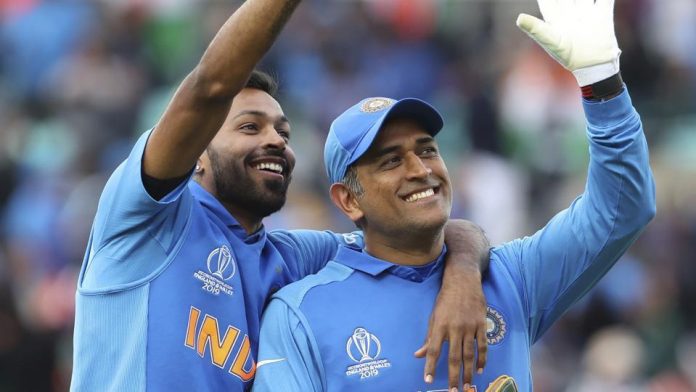 Star all-rounder Hardik Pandya, who made his India debut under MS Dhoni in 2016, has showered praise on MS Dhoni while sharing his close relationship with the former captain and current mentor of the national team. Pandya, in an interview with ESPNCricinfo, revealed how Dhoni helped him during the dark phase of his career when he was suspended by BCCI for his comments made on a TV talk show.

Hardik said that it was MS Dhoni, who understood him from the very start that he is like more of a brother to me than MS Dhoni the greatest. Hardik recalled the incident when he got suspended for making a comment on a talk show and said that he didn’t say those words on purpose that he was caught in a trap and never wanted to do that. Pandya accepted that it was a big mistake and that’s why after the incident the first thing I did was, to accept it and say sorry.

In 2019 Pandya was selected for the New Zealand series after that incident and was having a very tough time emotionally. He revealed how Dhoni helped him to recover from that phase, that MS is a kind of person who understands him very well. Pandya recalled that time and said when he came to New Zealand, there were no hotel rooms available for him but then he got a call from Dhoni, who asked Pandya into his own room to stay.

Pandya said, that incident taught him a lot about life, about how the world functions that he came out as a stronger and wiser Hardik.

Hardik is selected in the Indian team for the T20 World Cup 2021 and is practising hard for the match against Pakistan on October 24.