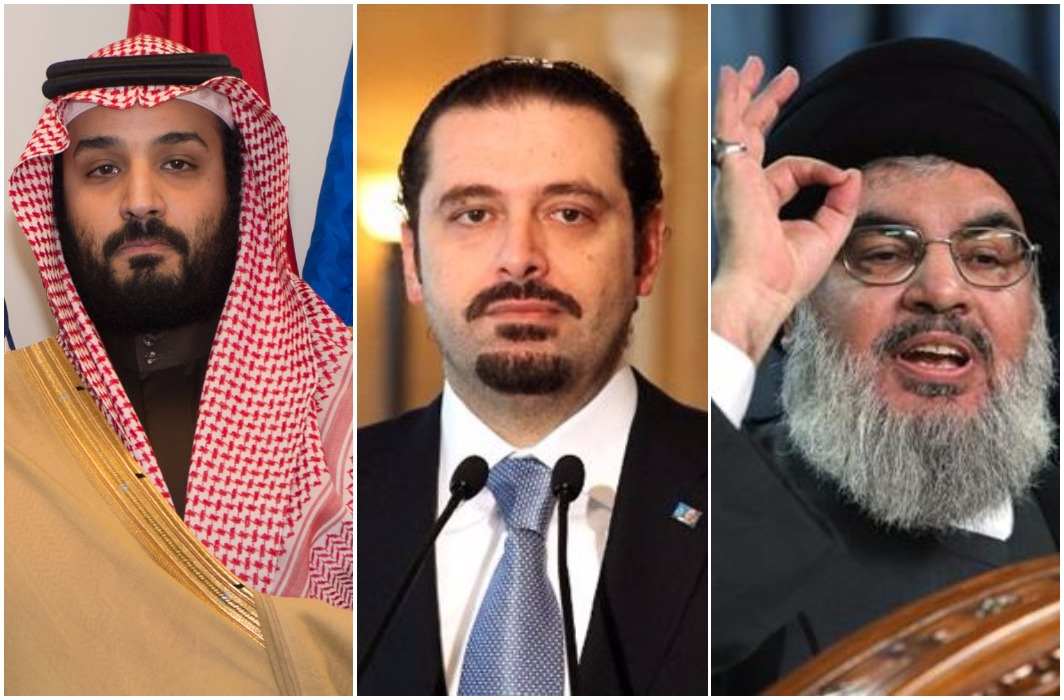 France invites to dispel notion of his detention in Saudi Arabia

Amid political uncertainty in Lebanon, Prime Minister Saad Hariri has decided to travel from Saudi Arabia to France and some other European and Arab countries before returning to Beirut. After his sudden announcement of resignation while in Saudi Arabia earlier this month, he is considered to be detained against his will.

French President Emmanuel Macron sent an invitation to Saad Hariri and his family to “spend few days in Paris” after he  spoke with Saudi Arabia’s Crown Prince Mohammed bin Salman on Wednesday. Macron has reportedly clarified that he was not offering Hariri political “exile”. The move is considered to be an effort to dispel the notion that Saudi Arabia has detained him.

In a related development, French foreign minister Jean-Yves Le Drian met Crown Prince Mohammed bin Salman in Riyadh at dinner on Wednesday. Some observers believe that France was trying to mediate between Lebanon and Saudi Arabia.

Meanwhile Aljazeera has quoted Okab Sakr, a leader associated with Hariri’s Future Movement political party, saying on Wednesday that Hariri will arrive in Paris in the next 48 hours.

“It is likely he will visit other countries as well before heading to Beirut. It is very likely he will be doing a tour of some European and Arab countries to explain Lebanon’s position on the current crisis before he returns [to Lebanon],” he said. Okab’s location is not disclosed.

Hariri announced his resignation, on November 4, after he dropped in Riyadh complying with a telephone call to visit the kingdom without aides or officials. He was shocked to see no one turning up to receive him; instead his cell mobile was confiscated immediately after touching down at Riyadh airport.

While announcing his resignation Hariri criticised Iran for interfering in Lebanon’s internal affairs by supporting Hezbollah which was responsible for “directing weapons” at Yemenis, Syrians and Lebanese. In his comments directed towards to Iran Hariri said Arab world would “cut off the hands that wickedly extend to it”.

On Sunday last, Hariri chose to be interviewed by his own party’s mouthpiece Future TV in Riyadh for announcing that he was free in Saudi Arabia and pledged to return to Beirut “within days”.

Lebanese President Michel Aoun had alleged that Hariri was detained by Saudi authorities against his will and his resignation will be considered only after his returns to Beirut.

Hezbollah leader Hassan Nasrullah, in a speech on last Friday in Beirut said Hariri’s “forced” resignation was unconstitutional because it was done “under pressure”. He said he was certain that Hariri was forced to resign as part of Saudi Arabia’s efforts of stoking sectarian tension in the country.

On November 12, Reuters had confirmed that Lebanese PM Saad Hariri is in illegal custody of Saudi Arabian authorities at an unknown location. Quoting sources close to Hariri, the agency said that Saudi Arabia has concluded that Saad Hariri had to go because he was unwilling to confront Hezbollah.

Even French President Emmanuel Macron, before conducting unscheduled visit to Riyadh on November 12 said that all Lebanese officials should live freely, “which means having very demanding stance on those who could threaten any leader”.

Macron  was the first European leader indicating that Saudi Arabia was holding Hariri against his will saying it wished for him to have “all his freedom of movement and be fully able to play the essential role that is his in Lebanon”.

Hariri was leading a coalition government with Hezbollah’s participation.

According to observers, Saudi move to force Hariri to resign was aimed to weaken Hezbollah by creating political vacuum in Lebanon at a time when Daesh (IS) is defeated in Syria and Iraq with active Iranian support.

Iran, Iraq and Syria have been alleging Saudi Arabia for its support to Daesh terrorists and consider it as an act of sharing responsibility of implementing the larger US-Israeli plan in the region.

The rivalry between Saudi Arabia and Iran was witnessed in Iraq, Syria and Yemen, where they support rival sides. Saudi has long tried to weaken the Iran-backed Hezbollah, one of the main political parties in the Lebanese ruling alliance.