Will try to beat India again like Champions Trophy final in 2017: Hasan Ali 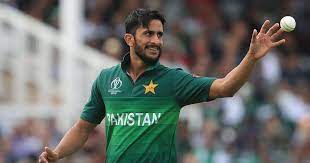 Pakistani speedster Hasan Ali said in an interview that, they will try to beat India again in T20 World Cup, like they did in Champions Trophy 2017 final.

Since then Pakistan has played India two times in ODI and got hammered both times, once at the Asia Cup 2018 and another one in 2019 ODI World Cup in England. India and Pakistan are set to meet again in a T20 World Cup match on October 24 in Dubai. In the last five meetings in T20 World Cup, Pakistan has never won against India.

Speaking about the conditions in the United Arab Emirates and Oman, Ali said that spinners will dominate the games as the pitches in UAE turn. Though he also, seamers can also be effective with the use of variations.

Ali said that when they won the final against India, it was very time for Pakistan cricket also for the fans. Because earlier in the same tournament India had beaten Pakistan in group stage and the pressure was on Pakistan to win the match. He also added that whenever India plays Pakistan players from both teams are always in pressure because of expectations of fans from both countries.

When asked about his role model, Ali said that former Pak seamer Waqar Younis was his role model, while growing up. He wanted to become a fast bowler only because of him. Hasan Ali was disappointed when he got to know that Waqar Younis and Misbah-Ul-Haq were stepping down from their roles as coaches of national team. Ali further added that,” Even though it is not my domain to say anything but I think, with T20 World Cup nearing such a step could affect the team.