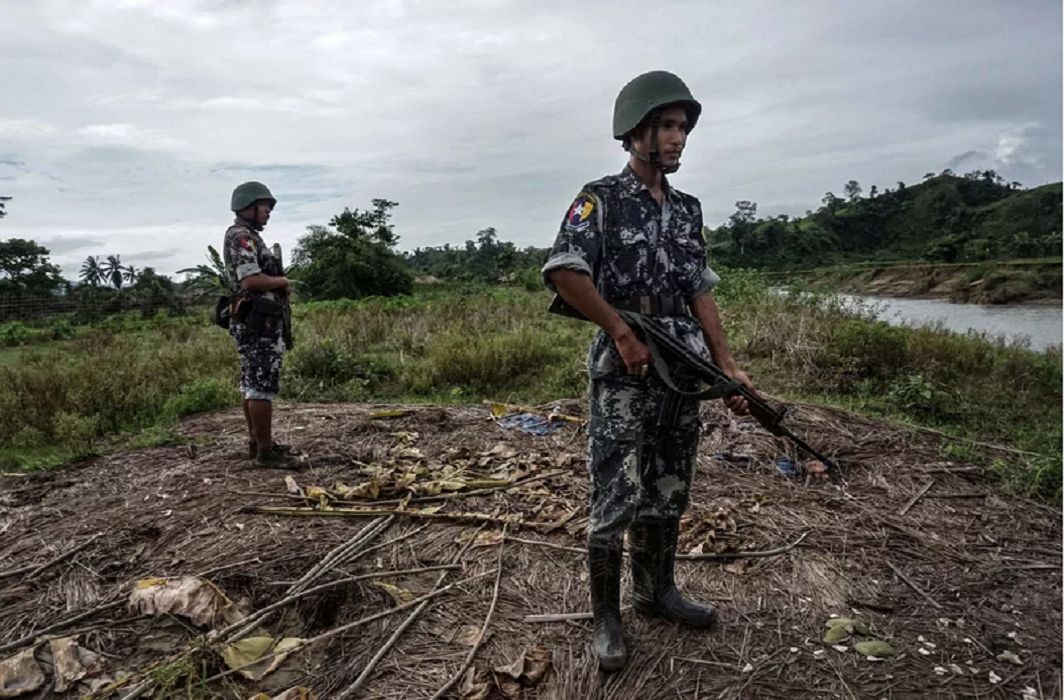 Incidents, similar in their chilling monstrosity, came to mind when I saw photographs of a row of Rohingya Muslim young men, on their knees, their hands tied behind their back. Gun wielding military police, lurking within the frame, eventually mowed them down.

This is the face of the horror the world will remember. In a state of funk, Myanmar’s commander-in-chief, General Min Aung Hlaing has admitted mass graves in one village: Inn Din 50 km north of the Rakhine state capital, Sittwe. Journalists have scoured many other mass graves.

The other gruesome episode etched on my mind is Srebrenica in Bosnia (1995). Hashimpura in Meerut (1987), of course, is our very own tragedy, still lingering. In each one of these macabre events, Muslim youth had their hands tied behind their backs and shot by the local army.

In the latest massacre of the Rohingya in August 2017, the local Buddhist clergy and army turned upon the Muslims. The number killed exceeds 6,700 according to the NGO Doctors without Borders.

In Srebrenica, the orthodox Christian troops of the Bosnian-Serbian army, murdered 7,000 Muslim youth and expelled 20,000 civilians from the area.

In Hashimpura, forty two young men were lined up along a nearby irrigation canal and shot by soldiers of the Provincial Armed Constabulary. These soldiers were Hindus. Can their denomination be spelt out? Apparently not, given the manner in which Asaduddin Owaisi of the Ittehadul Muslimeen has been shouted down for having dared to mention Muslims as “martyrs” because in the latest outrage it is mostly them who have been killed by terrorists. 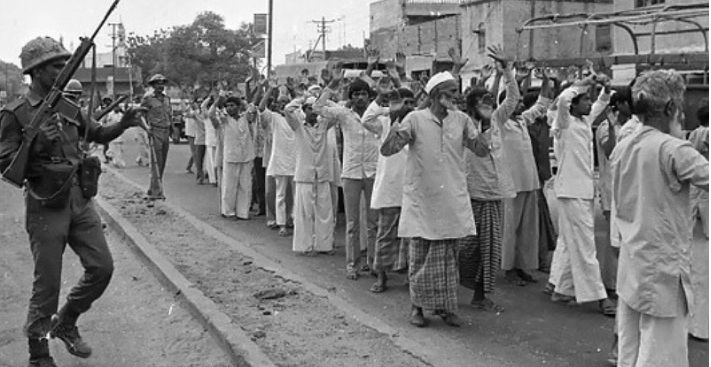 Owaisi was making a simple point. Patriotism of Indian Muslims is regularly challenged on prime time television which places them on the wrong side of the secular line. But five out of seven killed in the Sunjwan army camp happened to be Muslims. Why is this detail missing from reports? Such stories would go some distance in bridging communal divide. No, said the anchors almost in chorus, “Owaisi is communalizing the army”. Pray, how? “By reporting that five of the seven killed in the camp were Muslims”? Muslims must never upstage Hindu soldiers in the martyrdom stakes?

Given this attitude, the killers of the 42 Muslims in Hashimpura must be seen only as instruments of the “secular” state. That 19 PAC personnel, under the platoon commander, Surinder Pal Singh, rounded up Muslims in the Hashimpura neighborhood of Meerut, should be blandly reported without mentioning religious identities. Religious identity must only be mentioned if terrorists turn out to be Muslims which is what they are when police shoots them down. The number of youth taken away is still unclear, but the police narrative suggests 42, mostly weavers and daily wage earners, who were taken in a truck to the upper Ganga canal in Murad Nagar, near Ghaziabad.

The men were blind folded, and shot. Their bodies were dumped in the canal. This was not the only such operation following a series of communal clashes in Meerut that year since March.

On May 24, 2007, 20 years after the massacre, 36 members of victim’s families filed applications under the Right to Information Act at the office of the Director General of Police in Lucknow. The inquiry revealed that all the accused remained in service. In their Annual Confidential Reports there was not even a hint of their involvement in the Hashimpura massacre. The secular state was protecting its own.

The case has dragged on, zig zagged without any evidence of the establishment really searching for justice. News is expected from the High Court on February 20. Reporters recall the Minister of State for Home, P. Chidambaram, outside his North Block office actually scream at officials. “Crush them” he shouted. He was very hands-on during the Meerut riots and the aftermath. Subramaniam Swamy actually named Chidambaram as an accomplice but the allegation, coming from Swamy, became prima facie suspect. In the fullness of time, the PAC men involved in the case, including Surinder Pal Singh, have all departed to their maker, one by one.

I have given the fairly common place details of the tragic saga of Muslims in the Hashimpura case simply to establish the contrast with massacres in Srebrenica and Rakhine in Myanmar. Orthodox Christians in one instance and Buddhists in the other brazenly targeted Muslims and for which they have been or are being punished. But in India the secular edifice would be weakened if the religious identity of police or army men who kill Muslims is mentioned. And the case will be dragged on eternally. 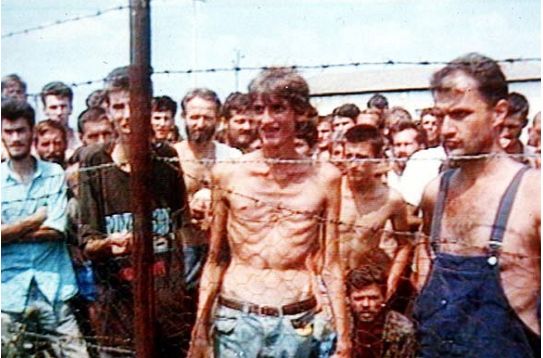 In Serbia-Bosnia, the International Tribunal for the former Yugoslavia concluded that what happened in Srebrenica was “genocide”. It pinned the blame on senior officers in the Bosnian Serbian Army.

Bill Richardson, former Governor of New Mexico and US Ambassador to the UN, resigned last week from a Myanmar Advisory Board on the Rohingya crisis. He called it a pro government “cheerleading squad”. Richardson has been a friend of the country’s civilian leader, Aung San Suu Kyi. This did not prevent him from expressing his anger at what he said was a whitewash in which she was complicit. “She has developed the arrogance of power”, he said.

For the horrors of Srebrenica senior commander Ratko Mladic and a host of his accomplices, have been awarded long sentences at the International Court of Justice. In Myanmar, Aung San Suu Kyi and her military accomplices are inching towards global opprobrium and eventual justice.

Why then are the perpetrators of Hashimpura, the oldest of the three massacres, still scot-free?

Supposing Owaisi were to lift the scab from another raw wound and say “wheels of justice, even when the complainants are Muslims, move faster in non Muslim theocratic states than in pretentious secular ones”. Would he be shouted down again?

Most Indians shy away from a glaring reality. Eruptions in former Yugoslavia and Myanmar took place when Muslims were in bad odour globally after the wars in the Arab world.

Communal clashes in India, particularly police versus people, have been endemic since the Partition of 1947. And the world does not take much notice because it is a routine “internal affair” of a sovereign state.