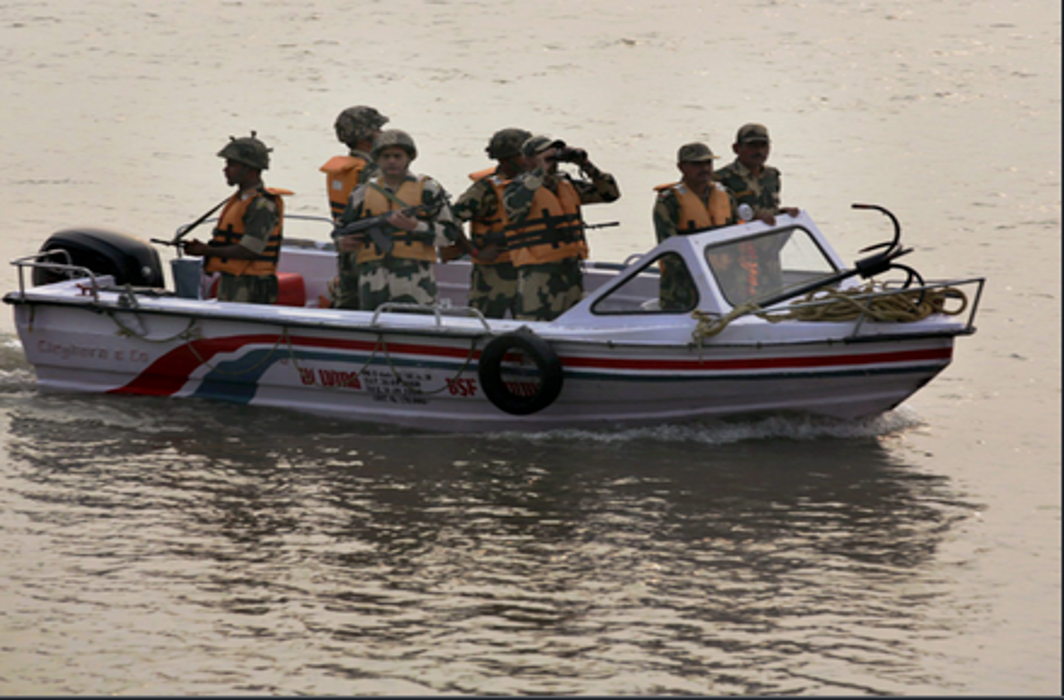 Just days after Navy chief said Jaish-e-Mohammad was planning attack through water route, intelligence agencies warned about the possibility of Pakistan-trained commandos having entered the Gulf of Kutch from the HaramiNala creek area.

The Border Security Force (BSF) found two Pakistani boats abandoned in ‘HaramiNala’ area of Gujarat, reported The Hindu. Thorough search operation was launched after two single-engine fitted Pak boats were found abandoned in the HaramiNala, but nothing suspicious was recovered from the area, a BSPF spokesperson said.

The commandos from the neighbouring country are believed to be trained in “underwater attacks,” so all major ports such as Kandla Port, Adani Port in Mundra and other infrastructures have been put on high alert and directed to take utmost security measures.

Alerts were issued by Kandla and one more port in the region which has been put on high alert after the threat was reported by two of the six major ports in Gujarat, said a report in The Hindustan Times (HT).

Both Kandla Port, lately renamed as Deendayal Port, and Adani Port in Mundra have directed shipping agents to inform their vessels and maintain terror watch and report any suspicious activity to the Coast Guard, marine police stations or port control rooms.

In a security alert issued by the Deendayal Port Trust in Kandla, the port authorities have directed shipping agents to ensure that all vessels take necessary security measures to thwart any untoward incident along the Gujarat coast.

“As per intelligence inputs received, Pakistan trained commandos have entered Gulf of Kutch/ Kutch through the HaramiNala creek area. They are believed to be trained with underwater attacks (sic), it is therefore directed to take utmost measures of security and prevent any untoward situation in the Gujarat state,” an alert issued yesterday by the Kandla Port said, according to the HT report.

All ships have been requested to take security measures, maintain anti-terror watch and be alert.

A spokesperson of Adani Ports & Logistics said that they have received an advisory from the IB to stay alert, reported The Indian Express (IE) today (Thursday, Aug 29).

“All shopping agents and stakeholders are directed to inform their vessels accordingly and report any suspicious activity to the marine control station and port operation centre immediately. Please note that Mundra Port is maintaining security level 1. Security measures have also been enhanced at the shore side of the port,” stated an advisory issued by the Adani Port in Mundra.

A few days ago, Chief of Naval Staff Admiral Karambir Singh said that an “underwater wing” of Pakistan-based terror group Jaish-e-Mohammed (JeM) is training people to carry out attacks but the Indian Navy is fully prepared to thwart any such attempt.

“We have received an intelligence that an underwater wing of Jaish-e-Mohammed is training people to carry out attacks from water, but we are fully prepared and are keeping close vigil. We would like to assure people that we will thwart any such attempt,”he said while answering a question on the changing tactics of terrorist outfits and the India Navy’s response to it.

Despite still not having conceded to his loss in the November 3 presidential election, US President Donald Trump on Monday gave a...
Read more