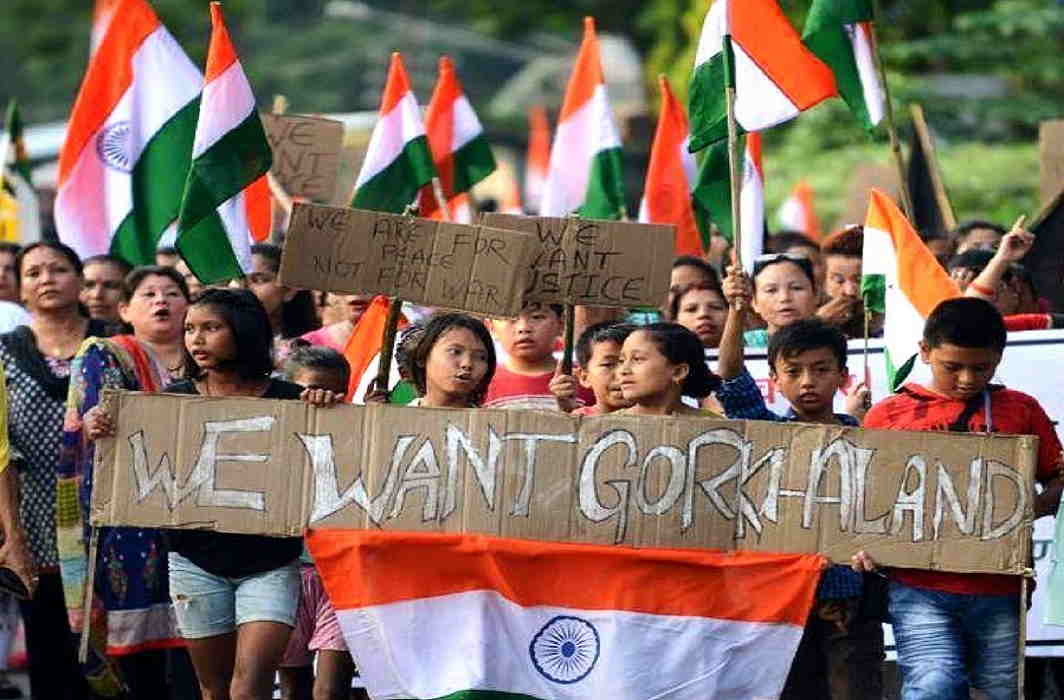 The Gorkhaland Movement Coordination Committee (GMCC) on Tuesday decided to stage a hunger strike from July 15 to press for a separate Gorkhaland state. The committee also declared that the indefinite shutdown in the northern West Bengal would continue.

“The indefinite shutdown in the hills would continue. Leaders of all political parties that are members of GMCC would sit on hunger strike from July 15 to demand a separate Gorkhaland,” Gorkha Janamukti Morcha chief Bimal Gurung said in a social media post at the end of Tuesday’s all-party meeting in Darjeeling district’s Mirik.

Leaders of 15 parties supporting Gorkhaland finalised an agitation programme in a four-hour long meet in Mirik.

The fast unto death is scheduled to start at 11 am in Darjeeling in which one member from each of the 15 parties and organisations will participate. Although BJP’s Bengal unit has always emphasised that they are not in favour of Gorkhaland, local unit is expected to take part in the fast.

Apart from the hunger strike, a ‘bag rally’ and award-wapsi programme has also been scheduled.

The recipients of different awards from the state government will return the awards on June 13, the birth anniversary of Nepalese poet Bhanubhakta Acharya.

“In the bag rally on July 17, people will march to Siliguri with empty bags to highlight that the state government’s blockade on supply of essential commodities has reduced the people in the hill as virtual beggars,” a local leader told reporters.

Incidentally, another Darjeeling resident, Ashok Tamang died in Manipal hospital in Gangtok on Tuesday. GJM assistant secretary Binay Tamang alleged that Tamang was shot in the abdomen by policemen who opened fire on July 8 in Darjeeling.

The protests that started against Mamata Banerjee’s ‘Bengali must’ policy for schools snowballed into violent protests for a separate Gorkhaland state.