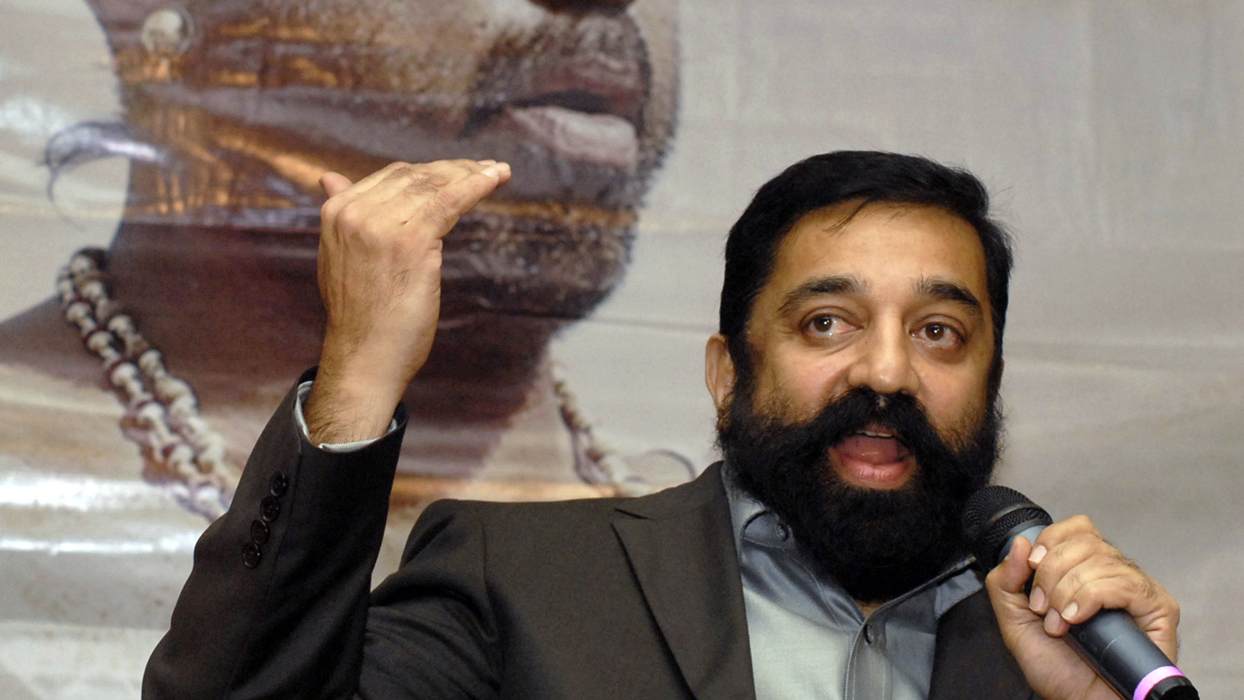 Days after Tamil film icon Kamal Haasan red-flagged the issue of “Hindu terrorists” and drew the ire of the BJP-RSS combine, it appears that radical Hindu outfit, the Akhil Bharatiya Hindu Mahasabha, has resolved to prove that the actor’s contentious remarks weren’t off the mark.

Several leaders of the Akhil Bharatiya Hindu Mahasabha, an organisation ideologically and functionally associated with the BJP’s parent organisation, the RSS, have demanded that “Kamal Haasan and the likes of him should either be shot dead or hanged (sic)”.

The Hindu Mahasabha, like the BJP and RSS, is irked by comments made by Haasan in his column for the Tamil weekly Ananda Vikatan earlier this week. Haasan had said: “In the past, Hindu right-wing groups would not indulge in violence, but they would hold a dialogue with the opposite parties on their arguments. But this old tactic was defeated and what they started to do is use muscle power. They started indulging in violence…the right wing cannot challenge talk of Hindu terrorists because terror has spread into their camp as well.”

On Friday, Hindu Mahasabha’s national vice president Ashok Sharma said in Meerut: “Any person who uses abusive language for people belonging to Hindu faith does not have the right to live on this holy land and they should get death in return of their remarks.” In a remark that was obviously meant to incite Hindu radicals to attack Haasan, Sharma added: “Kamal Haasan and likes of him should either be shot dead or hanged”.

Sharma’s comments came on a day when a defamation case was also filed against Haasan in Prime Minister Narendra Modi’s constituency of Varanasi by a lawyer named Kamlesh Chandra Tripathi for making the “derogatory remarks against the Hindu community”.

The Hindu Mahasabha’s decry, which sounds strikingly similar to instructions issued by the Taliban in Afghanistan against people they consider ‘non believers’, was not been condemned by any member of the BJP or the RSS till the time of filing this report.

The Hindu Mahasabha has also called for boycott of films starring Haasan while a Times of India report also quoted Abhishek Agarwal, president of the Meerut chapter of the outfit, as saying: “all party members have pledged that we will boycott all the movies which star him (Kamal Haasan) and his family members. In fact, all the Indians should pledge the same. The people who insult Hindus and their religion should not be forgiven.”

Earlier the BJP too had hit out at Haasan, who is planning to foray into politics, over his “Hindu terrorists” remark with the saffron party’s spokesperson GVL Narsimha Rao comparing the Tamil superstar with Pakistan-based terror outfit Lashkar-e-Taiba’s chief Hafiz Saeed.

“We have seen in the past decade how Sonia Gandhi-Rahul Gandhi led Congress party drew a strategy of maligning the Indian society and Hindu community only to appease the Muslim vote bank. It was done by the former home ministers P. Chidambaram and Sushil Kumar Shinde…When Kamal Hassan makes similar comments, he is actually joining the ranks of P. Chidambaram, Hafiz Saeed and is possible angling to become an extension of the Congress Party…Haasan is trying to appease Muslim fundamentalists and anti-Hindu zealots to emerge as a fringe group,” Rao had said.