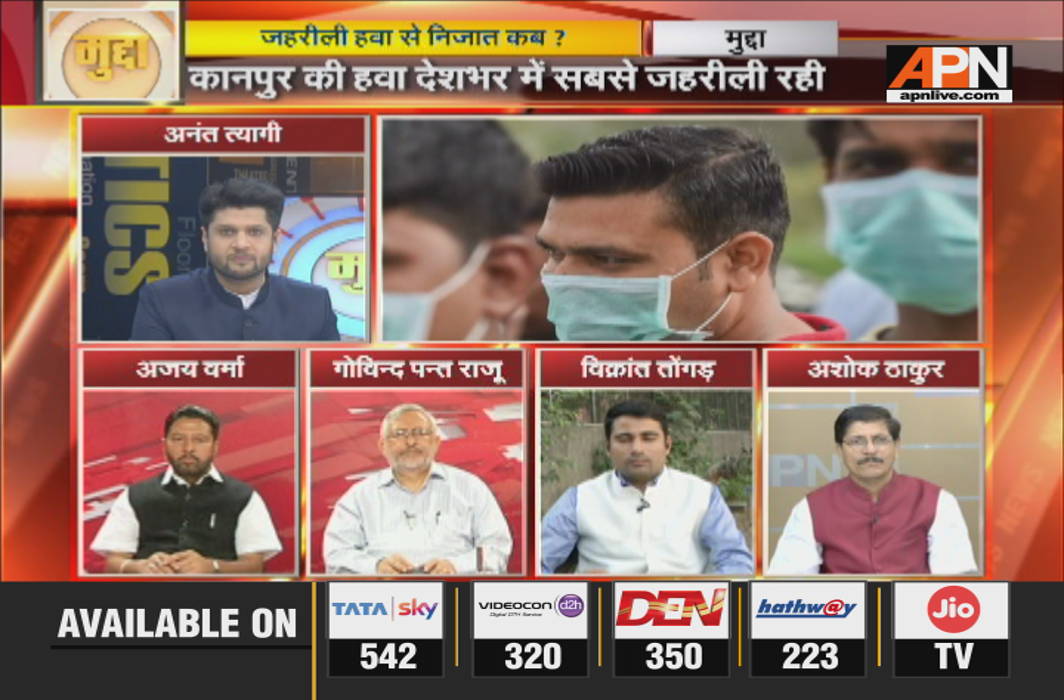 Tongar said: “The toxic air problem in Delhi-NCR emerges every winter. WHO report highlights this problem on a global scale. Vehicle pollution is a huge menace. Pollution certification system for vehicles is far from satisfactory, and it should be done in a more effective way.”

Raju said: “The effects of pollution are seen slowly but definitely. Global warming message should be taken seriously. In India, it must be accorded priority. Not just old vehicles, even new vehicles must be checked thoroughly. In NCR, over two lakh vehicles should not be allowed on roads. The air pollution has worsened this year, and has emerged two weeks earlier than the previous years. How do we tackle the ill effects of polluted air that we have already inhaled? On the other hand, if someone suggests that masks help, mask business rises. There has to a wholistic approach than these ineffective measures.”

Dr Khanna said:”Air pollution affects the respiratory canal, and asthma patients and children suffer. This is a side effect of development. Banning vehicles is not the only solution. See the ground situation, retired people may own old cars that are not used too much, but still these get banned if we ban all old vehicles.”

Thakur said: “The government is doing its bit, but that is not enough. Each person is responsible. A huge factor for the rise in pollution is the increasing population, and therefore vehicular pollution also rises. The solution should encompass all aspects and factors responsible involved.”

When Tyagi pointed out that in the BJP-ruled state of UP, Kanpur has the highest pollution, Thakur said: “Now the issue has snowballed into a major crisis. These problems have been going on for a long time. There should be an all-party meet, so that people can deal with it in a united way.”

Verma said: “This is a sensitive issue. I would like to know what the government is doing. Neither the PM nor any senior minister has said anything concise. Pollution is rising in Delhi-NCR, Haryana, UP, but the BJP has done nothing so far.”

Raju said: “There are a lot of countries that have made great leaps on the development front, and have been able to keep pollution under check. There are also examples of highly populated areas where pollution is under control. In Gurgaon, there is a biodiversity park. Now there is talk of making a road inside this which will affect the green lungs of the city. We all need to look at this seriously. We need to be alive first, and then think of politics.”

Raju said: “Large-scale construction, and throwing the debris in the water… all these are also huge factors.”

Tongar said: “Stubble burning should be completely stopped in Punjab and Haryana so that these regions don’t turn into toxic gas chambers.”

Verma said: “Banning is a simple way out. For instance, all branded items are packed in polythene. What will the poor do who use polythene? Polythene is polythene, whether it is picked up from a mall shop, or is used for packaging stuff by wayside eateries.”

Dr Khanna said: “We are yet to see the results of the government initiatives at the ground level. Greenery is a huge preventive measure. When you blow the shankh (conch), the exercise will help your lungs. Kids need to play for longer hours outside so that their lungs remain healthy.”

Thakur said: “Green drives become effective when everybody does his or her bit.”

Raju said: “There are laws regarding stubble burning and so on. But the main problem is of ensuring that laws are effectively followed. In Punjab and Haryana, stubble burning happens on a large scale. Farmers clean the fields, but since diesel is expensive, stubble burning comes out as an easier option. But the farmers need to be education about the long-term impact of such habits.”