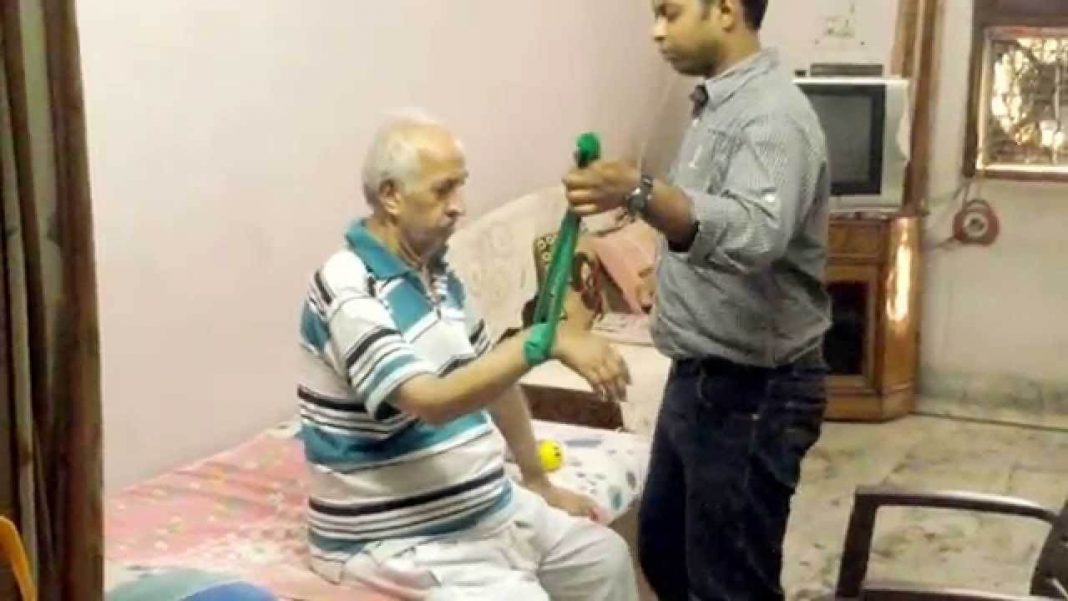 New Delhi, June 28 (India Science Wire): For years, doctors in Indian hospitals have been recommending home-based care for rehabilitation of stroke patients. But a new study – largest of its kind – has revealed that this does not work.

In order to study if home-based care results in desired outcomes, a study was done at 14 public, private and district hospitals across the country. A total of 1250 stroke patients were followed up over six months. The study participants were divided in two groups – one received standard package of care given by respective hospital while the other group was given home-based care which included training to family members and weekly visits by physiotherapists for two months. The results revealed that there was no reduction in disability for patients who got care at home, compared to those who received the standard package.

The findings, published in medical journal The Lancet on Tuesday, have surprised medical community because earlier studies carried out in developed countries had indicated that community-based rehabilitation played significant role in recovery of stroke patients. The World Health Organisation (WHO) too recommends such an approach.

“We found that despite extensive training in hospital and during follow up visits in the home, there was no difference in the degree of recovery or quality of life of people who received this extra treatment,” explained Professor Richard Lindley of the George Institute for Global Health and the University of Sydney, who led the study.

The study, supported by the National Health and Medical Research Council (NMHRC) of Australia, was coordinated by Christian Medical College, Ludhiana. Patients in the intervention group had access to physiotherapists who taught the family techniques such as mobility training and communication practice.

“Professional help like training and visits by physiotherapists was provided for first two months only because the intervention needed to be cost effective and sustainable. If family members required more training, then the aspiration of routinely providing rehabilitation through family caregivers might not be feasible,” pointed out Jeyaraj Pandian, neurologist from Christian Medical College, Ludhiana who led the trial. “Our training programme might not have been sufficient (in time and content) to deliver effective family rehabilitation, as we observed only about 30 minutes of daily activities in the intervention group. Conventional western rehabilitation is usually associated with greater daily therapy time.” Accredited Social Health Activist (ASHA) might have been a more effective strategy, but probably more expensive.

Dr Vijaya Nath Mishra, a neurologist at the Sir Sunderlal Hospital at BHU, Varanasi, said the results of the study are surprising. “We will have to carefully examine the evidence because we have so far believed and also observed that caregivers and family members have a major role in outcome of stroke.” Dr Mishra was not associated with the study.

It is estimated that around 1.6 million people have a stroke in India each year, yet the vast majority receive no formal rehabilitation. The whole country has just 35 stroke units, and most are in the cities, despite stroke being the third commonest cause of death in the adult population.

Professor G V S Murthy of the Indian Institute of Public Health, the Co-Chair of the study, commented, “Task shifting is increasingly seen as a solution to targeting chronic diseases in many countries in the world. But our results show it may be ineffective for some conditions and waste already limited resources. We need more rigorous examinations of such family and community led programs before they become commonplace.”