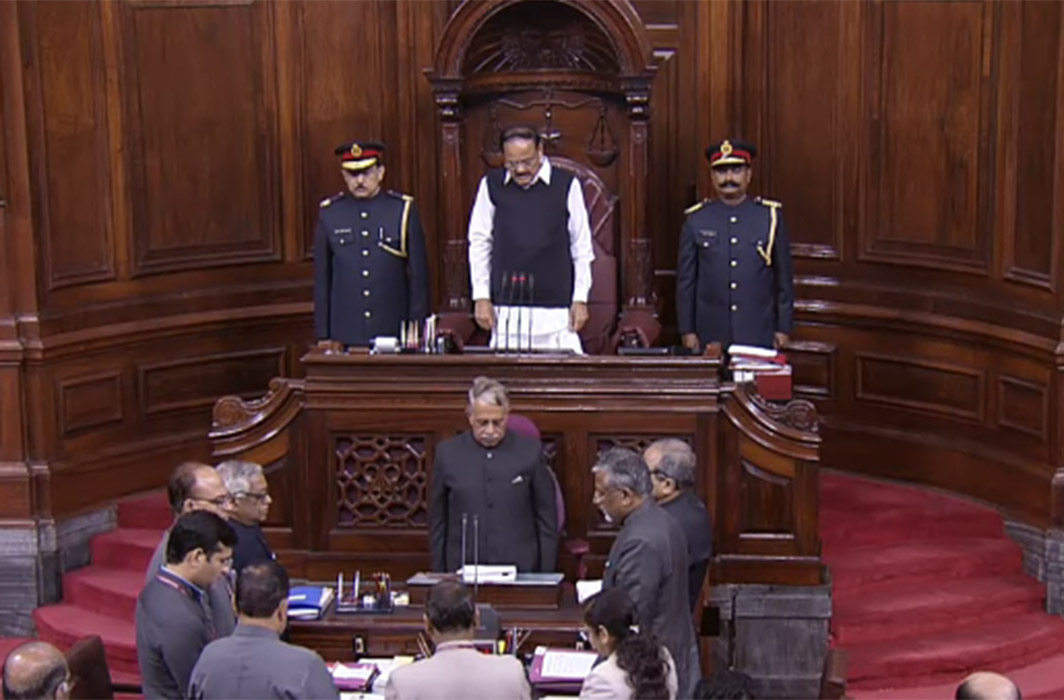 Home Minister Amit Shah tabled the Citizenship Amendment Bill in the Rajya Sabha today. The six-hour discussion in the upper House will have 48 participants.

The Bill was passed in the Lok Sabha on Monday after an intense seven-hour debate that went on till midnight. The Bill cleared the lower House with 311 voting for the bill and 80 against.

The Congress, Mamata Banerjee’s Trinamool and other opposition parties have strongly criticised the Bill, which seeks to make non-Muslim migrants from Pakistan, Afghanistan and Bangladesh eligible to become Indian citizens. They call the bill “discriminatory” and in violation of the principles of equality and secularism in the Constitution.

While rejecting the allegation that the Bill is “divisive” and anti-Muslims, Amit Shah said that “Muslims need not fear. They were, are and will remain Indian citizens”.

“Misinformation has been spread that this bill is against Muslims of India. I want to ask the people saying this that how is this bill related to Indian Muslims? They are Indian citizens and will always remain, no discrimination against them,” Shah told the Rajya Sabha.

As the opposition demanded to know why only three nations were chosen and not other neighbours, Shah said that “India cannot give citizenship to Muslim migrants from world over”.

“Some people are saying that we should give citizenship to anyone from neighbouring countries. These three neighbouring countries are Muslim majority nations and Islam is enshrined in their constitutions. Hence they cannot face religious persecution like other communities do. What are some people saying? That we should give citizenship to Muslims from Pakistan, Bangladesh and Afghanistan too? Should we make Muslims from across the world our citizens? How can this be? How can a country function like this,” Amit Shah asked.

Congress leader Anand Sharma reiterated the opposition charge that the Bill is an “assault on the very foundation of the Indian constitution and the Republic of India”. “It hurts the soul of India. It fails the morality test,” Sharma said in the upper House.

In his speech, Sharma also “corrected” Amit Shah for his comment that Congress dividing India on religious lines during the Partition of 1947.

“Let us set the history record clear… The two-nation theory was opposed vehemently by the Congress. It was Savarkar and the Hindu Mahasabha that passed legislation on the two-nation theory in Ahmedabad in 1937. Congress leaders who protested strongly were put in jail. That is when the Hindu Mahasabha and the Muslim League came forward and suggested this solution to Her Majesty’s government,” he said.

Former Congress chief Rahul Gandhi tweeted this morning, “The CAB is an attempt by Modi-Shah Govt to ethnically cleanse the North East. It is a criminal attack on the North East, their way of life and the idea of India. I stand in solidarity with the people of the North East and am at their service.”

The current strength of the Rajya Sabha is 240; the majority mark is 121. The BJP-led National Democratic Alliance (NDA) has the support of 128 MPs on the Bill.

The Congress-led United Progressive Alliance (UPA) has 64 members and expects 46 others, like the Trinamool Congress, Samajwadi Party, Telangana Rashtra Samithi (TRS) and Communist Party of India (Marxist), to oppose the bill.

Meanwhile, opposition members have moved a resolution to send the Bill to Rajya Sabha select committee.