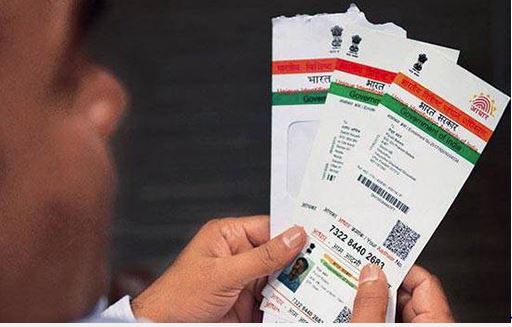 The Ministry of Home Affairs has cleared in an RTI reply that Aadhaar is not mandatory for the registration of births and deaths. At a time when the country is grappling with the coronavirus pandemic, people are facing difficulties in registering the death of their loved ones due to Aadhaar verification. Many people are suffering as Aadhaar was being sought for registering deaths.

There is a lot of ambiguity and courts in India have passed a number of judgments for and against the compulsion of Aadhaar for availing many services. Though Aadhaar card is used as an instrument of identity at all private and public bodies, banks, government organizations, travel, education and places such as railway booking, air travel and hotel booking etc, the question arises if it is mandatory for the registration of birth and death of a person. The MHA has said Aadhaar is not mandatory for the same.

Initially, the government had said that the use of Aadhaar numbers to register deaths can prevent identity fraud but stopped short of making it mandatory even as fears of privacy being compromised were yet to be put to rest.

On August 4, 2017, the government issued a statement that said any false declaration given by the applicant in this regard will be treated as an offence as per the provisions of the Aadhaar Act, 2016 and also Registration of Birth and Death Act, 1969, adding that the Aadhaar number of the applicant and his/her spouse and parents shall also be collected.

Aadhaar is the unique 12-digit biometric number issued by the UIDAI to the residents of India after satisfying the verification process laid down by it.