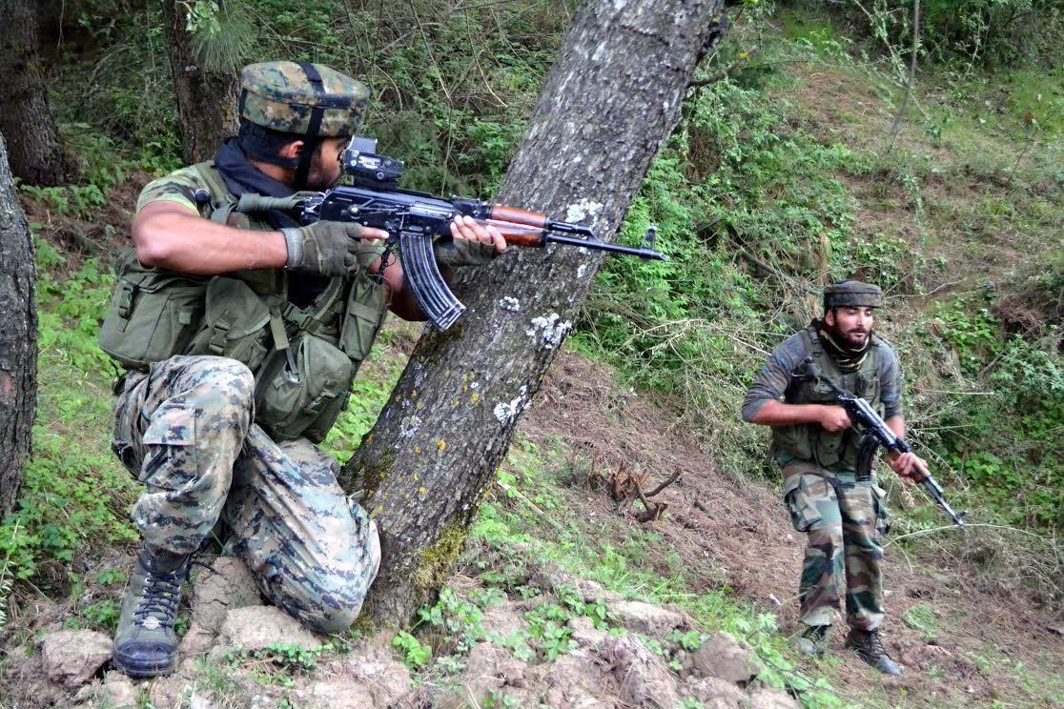 There have been three gun-battles between armed forces and the militants in Kashmir in the last 12 hours.

Hours after the Indian armed force neutralized two Hizbul Mujahideen militants in an encounter in North Kashmir’s Handwara, two separate gunfights broke out on early Tuesday in the valley’s Kulgam and Pulwama districts.

In Laan Tral of Pulwama, the gun battle broke out after security forces reached the area following a tip-off about militants hiding in the village. Reportedly, the fighting started after holed-up militants fired at the team of Indian armed forces comprising of troops from the Rashtriya Rifles (RR), Special Operations Group (SOG) and Central Reserve Police Force (CRPF).

A spokesperson of the Kashmir police said, “The police, army and CRPF (Central Reserve Police Force) are on the job.”

In the Kulgam district of the valley, security forces on early Tuesday conducted a cordon and search operations at Nowbug Kund village in Qazigund area. Reportedly the forces action came after they received information on the presence of militants in the area.

Later, an intense gunfight broke out after militants hiding in the area started firing at the armed forces. According to a police spokesperson, “The operation turned into an encounter. The police, army’s Rashtriya Rifles and CRPF are at the spot.”

There had been three encounters between armed forces and the militants in Kashmir in the last 12 hours. On late Monday, the police said that two militants – affiliated to the Hizbul Mujahideen terror outfit – were killed after they launched an attack on a police team in the Kupwara district of North Kashmir. An Indian Army spokesperson said that the two militants were killed in a joint operation by the police and the CRPF and the security team later launched an extensive search operation in the area.

Earlier on November 6 – the day when the Central government-appointed Dineshwar Sharma reached Jammu and Kashmir as interlocutor to initiate the dialogue process – an Indian Army jawan was martyred and three militants were killed in an encounter in South Kashmir’s Pulwama district.