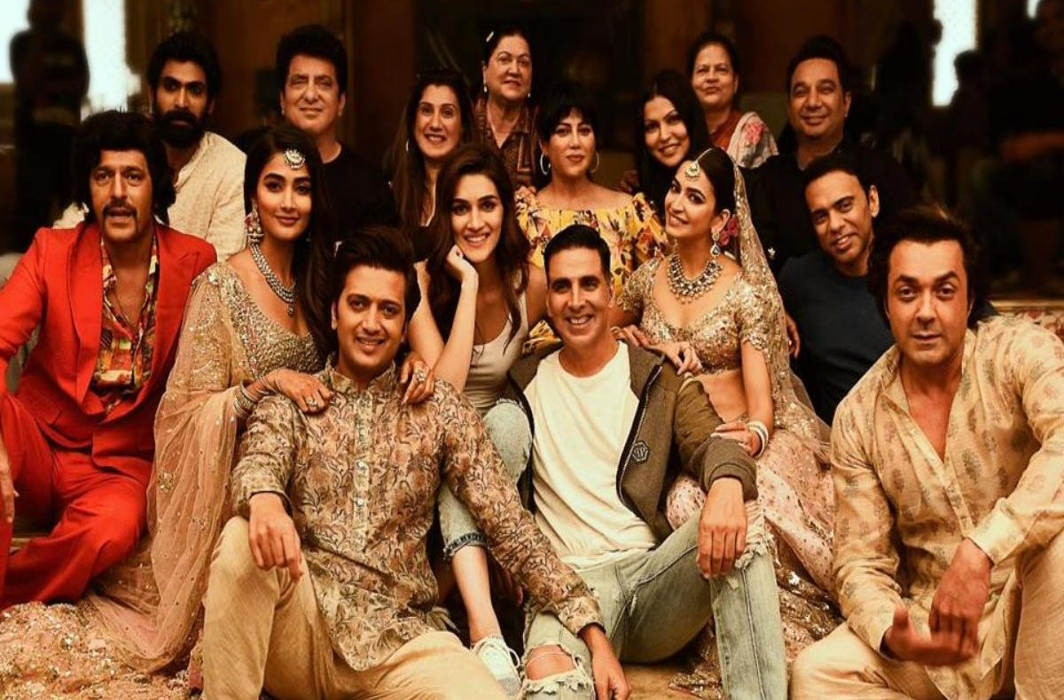 These Diwali cine lovers can have a lot to choose from as three movies have hit the theatre this Friday—Akshay Kumar’s Housefull 4, Taapsee Pannu and Bhumi Peddnekar’s Saand ki Aankh, Raj Kumar Rao and Mouni Rao’s Made in China.

As far as box office collection is concerned then yes Akshay Kumar’s comedy drama is leading among the three and the credit for this goes to the team of Housefull 4.

The craze around the Akshay Kumar-starrer is massive, given that it is the fourth installment of the Housefull franchise. The regulars – Akshay and Riteish Deshmukh make comeback in this laugh riot. Apart from them, the film also stars Bobby Deol, Kriti Sanon, Kriti Kharbanda, Pooja Hegde and Chunky Panday in important roles.

According to early estimates, Housefull 4 has bagged Rs 20 crore (approx) at the box office on day one itself. Friday’s holiday for Dhanteras has proven to be advantageous for Housefull 4. The Akshay Kumar-starrer is expected to perform exceptionally well over the weekend, too, given the Diwali holiday.

Housefull 4 is a slapstick comedy about reincarnation. Each actor in the film plays a double role – one based in present times of 2019, while the other is rooted in 1419, 600 years ago. During the promotion of the film, Akshay Kumar had individually released dual posters of all his co-stars – Riteish, Bobby, Kriti Sanon, Kriti Kharbanda and Pooja Hegde.

At the grand trailer launch, the cast of Housefull 4 had made an appearance in their 1419 avatar, decked in kingly costumes, to give the audience a feel of what to expect in the theatres. The cast has promoted the film extensively on social media, but perhaps the most unique promotional strategy was Promotion on Wheels, in collaboration with the Indian Railways. Here, the cast and crew of Housefull 4 had boarded a special train from Mumbai Central along with select persons from the media and arrived in Delhi the next day.

Despite the movie has not got any good remarks from the critics but then also its business is impressive and why not people is showering its love over the movie and it is obvious it will convert the movie into a good business.