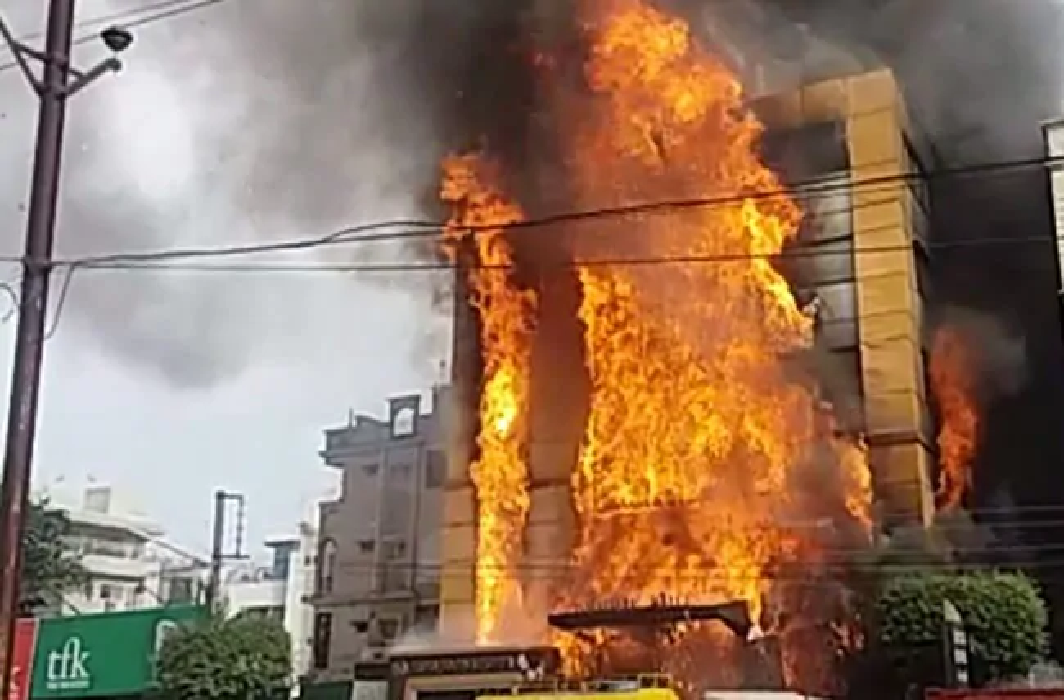 A major fire broke out at the Golden Gate hotel in the Vijay Nagar area of Indore in Madhya Pradesh today (Monday, 21 Oct).

Fire tenders were quickly dispatched and the blaze has been extinguished. An unknown number of people were inside the four-storey hotel when the fire erupted and have all been safely evacuated by emergency personnel. As a precaution, people in a nearby building were also evacuated.

“There is no information of any casualty so far,” Mahendra Singh Chauhan, Deputy Commissioner of the Municipal Corporation’ told news agency PTI, adding that there were 25 rooms in the hotel.

The cause for the fire has yet to be established.

In visuals of the massive fire, the entire front of the hotel is on fire, with plumes of smoke billowing all around. In another image, the front door has been destroyed and a fierce blaze appears to have consumed the interior. A medium-sized truck and a tractor, with what appear to be water tanks in tow, can be seen standing outside the hotel, which stands on a crowded road.

Simultaneously, a fire also broke out at a warehouse in Bhiwandi in Maharashtra. Fire tenders have reached the spot and more details are awaited, according to ANI.