Home Latest Art & Culture Hugh Hefner dies at 91: All you need to know about the... 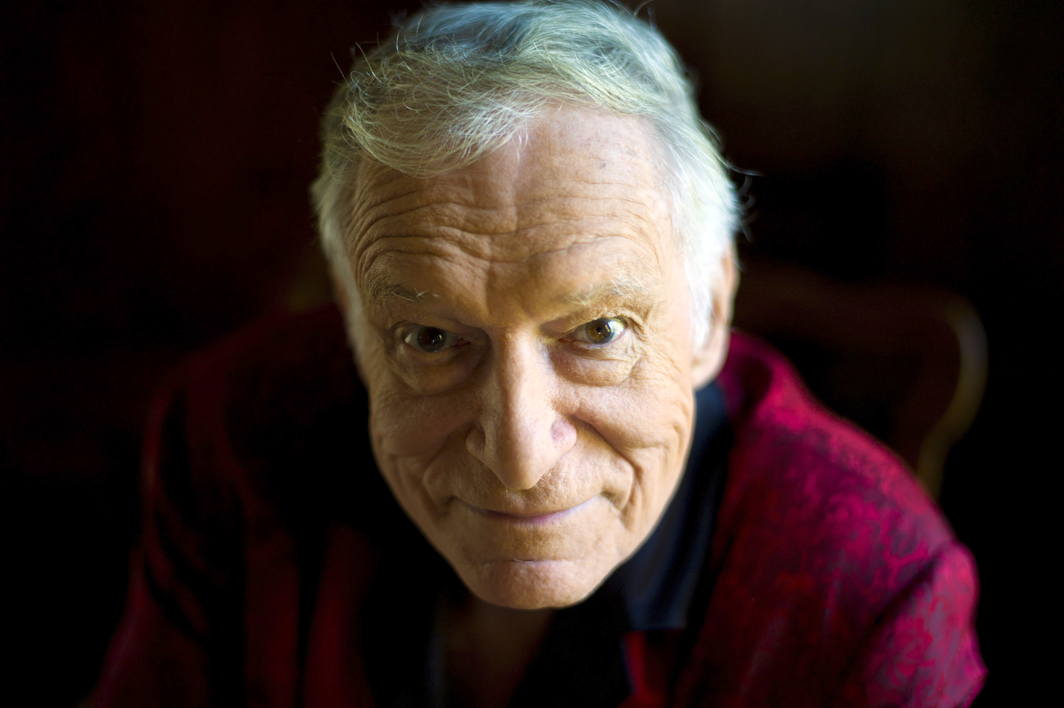 In a post on Twitter, Playboy paid tribute to its founder by sharing Hefner’s picture with one of his quotes, saying, “Life is too short to be living somebody else’s dream.”

Hugh Hefner, who founded the Playboy magazine and established it as a major media and entertainment industry, died, 91, on September 27 at his home, the Playboy Mansion new Beverly Hills in California. Having founded the Playboy magazine in 1953, Hefner came to prominence because of his flamboyant lifestyle. In a post on Twitter, Playboy paid tribute to its founder by sharing Hefner’s picture with one of his quotes, saying, “Life is too short to be living somebody else’s dream.”

“Hugh M Hefner, the American icon who in 1953 introduced the world to Playboy magazine and built the company into one of the most recognizable American global brands in history, peacefully passed away today from natural causes at his home, The Playboy Mansion, surrounded by loved ones. He was 91 years old,” said Playboy in an official statement.

Confirming reports on the death of the yester-year’s most eminent playboy, Hefner’s son, Cooper said, “My father lived an exceptional and impactful life as a media and cultural pioneer and a leading voice behind some of the most significant social and cultural movements of our time in advocating free speech, civil rights and sexual freedom. He defined a lifestyle and ethos that lie at the heart of the Playboy brand, one of the most recognizable and enduring in history. He will be greatly missed by many.”

Featuring the naked images of yester-year’s Hollywood heart-throb Marilyn Monroe, Hefner published the first edition of the Playboy magazine in 1953. Though being an easy target to controversies, Hefner’s magazine played a major role in breaking notions on sex and nudity. Even the logo of the magazine, depicting a bunny face with a bow tie, was widely criticized by feminists who claimed it reduced women to mere sex objects. However, Hefner continued his fight against censorship and speaking of what he was proudest of, in an interview with The New York Times in 1992, Hefner said, “That I changed attitudes toward sex. That nice people can live together now. That I decontaminated the notion of premarital sex. That gives me great satisfaction.”

And amid several controversies, the Playboy magazine managed to clinch nearly 200,000 subscribers within a year of circulation. The magazine further attracted about 7 million readers by 1970. In an interview in 1974, Helner told, “Well, if we hadn’t had the Wright brothers, there would still be airplanes. If there hadn’t been an Edison, there would still be electric lights. And if there hadn’t been a Hefner, we’d still have sex. But maybe we wouldn’t be enjoying it as much. So the world would be a little poorer. Come to think of it, so would some of my relatives.”

The legendary Playboy had also bagged several awards for his publications, including the International Publishing Award from the International Press Directory in London in 1996. Also being a part of the Hall of Fame of the American Society of Magazine Editors from 1998, Hefner was inducted into the New York Friars Club as an honorary Friar in 2001. Hefner had also made his place in the Guinness Book of World Records, holding two records, for being the longest running editor of a magazine and for having the largest collection of scrapbooks.

Hefner’s daughter, Christie took reins of the Playboy magazine in 1985, when he was partially paralyzed after a stroke. Later his son, Cooper took charge of the magazine in 2014.

Hefner has often stated that the inspiration behind him starting the Playboy Magazine was from Esquire, a magazine of sex he began reading in middle-school. He also cited his upbringing as a major reason behind the Playboy. Speaking at an interview with Associated Press in 2011, Hefner said, “Part of the reason that I am who I am is my Puritan roots run deep. My folks are Puritan. My folks are prohibitionists. There was no drinking in my home. No discussion of sex. And I think I saw the hurtful and hypocritical side of that from very early on.”

Hefner often claimed to have had sex with more than thousand women, among whom many featured in his magazine. Though having married thrice and engaged once, Hefner at the age of 85 claimed to have not found a soul-mate. In 1949, Hefner married Mildred Williams and had two children. But the couple got divorced in 1958 and Hefner got married for the second time to Kimberley Conrad in 1989. The two of them got divorced in 2010. Hefner then got engaged with Crystal Harris from 2011 and married her in 2012.