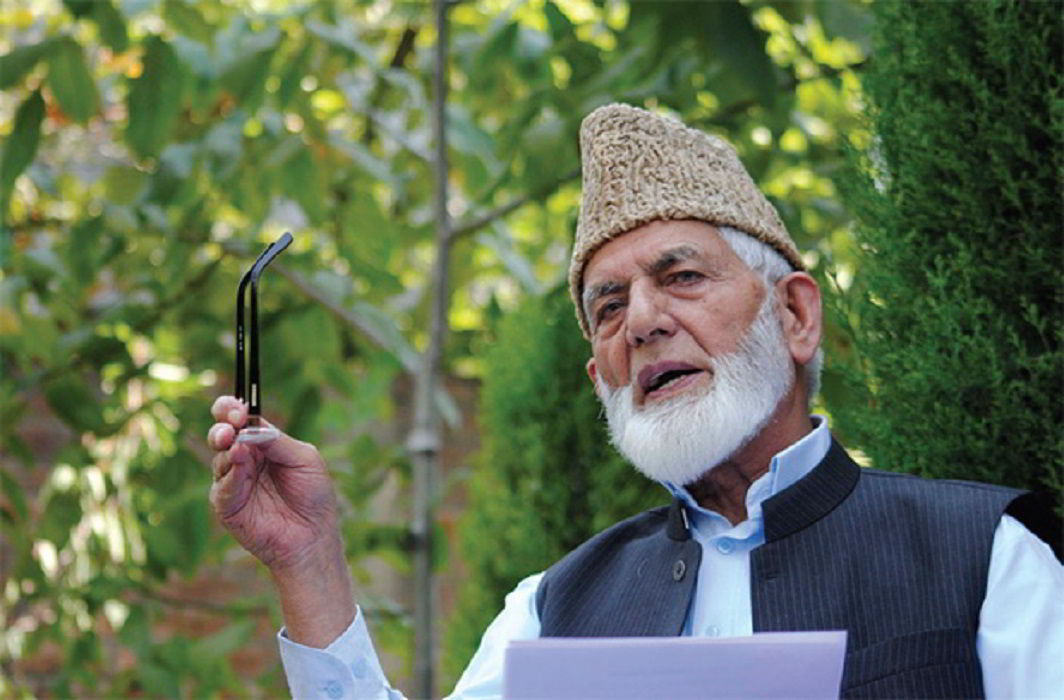 The recommendations were made by Hurriyat leader Syed Ali Geelani’s close confidante Devinder Singh Behal at a gathering held in Kashmir’s Pulwama to mourn the death of a militant.

The Hurriyat Conference has suggested several measures to the government of India to help solve the Kashmir issue. The conditions include discontinuing use of pellet guns, release of all political prisoners and Kashmiri youths from jail and involving the leadership of Kashmir and Pakistan in talks.

“We want to tell the Government of India that this 70-year-old Kashmir issue cannot be solved in one day,” confidant of Hurriyat leader Syed Ali Shah Geelani, Devinder Singh Behal said at a gathering to mourn the death of a militant in Pulwama.

In a video of the gathering available on YouTube, Behal is seen assuring grieving people that Hurriyat and the people of the state are with them. He also repeats several times that he was speaking on behalf of Geelani.

“We want to tell the Government of India that if it wants to solve the issue in right earnest, it will have to first ban the use of pellet guns. Secondly, it shall release all the political prisoners and Kashmiri youths lodged in jails, and thirdly it shall remove bunkers set up in Srinagar town, villages and all places in the Valley. Thereafter, it will have to agree on involving the leadership of Kashmir and Pakistan in the dialogue process,” Behal said in reference to Centre’s appointment of Dineshwar Sharma to carry out dialogue with stakeholders in Jammu and Kashmir.

In his address, Behal also appealed to civil society in India and Pakistan to visit Kashmir and see for themselves the prevailing condition in Kashmir. “You visit all the places and see that youths who leave their homes in the morning do not have any guarantee of their return in the evening,” he said.

In July, Behal was arrested by the National Investigation Agency (NIA) in Jammu following raids at his Bakshi Nagar residence in connection with the probe into the terror funding activity in the Valley.