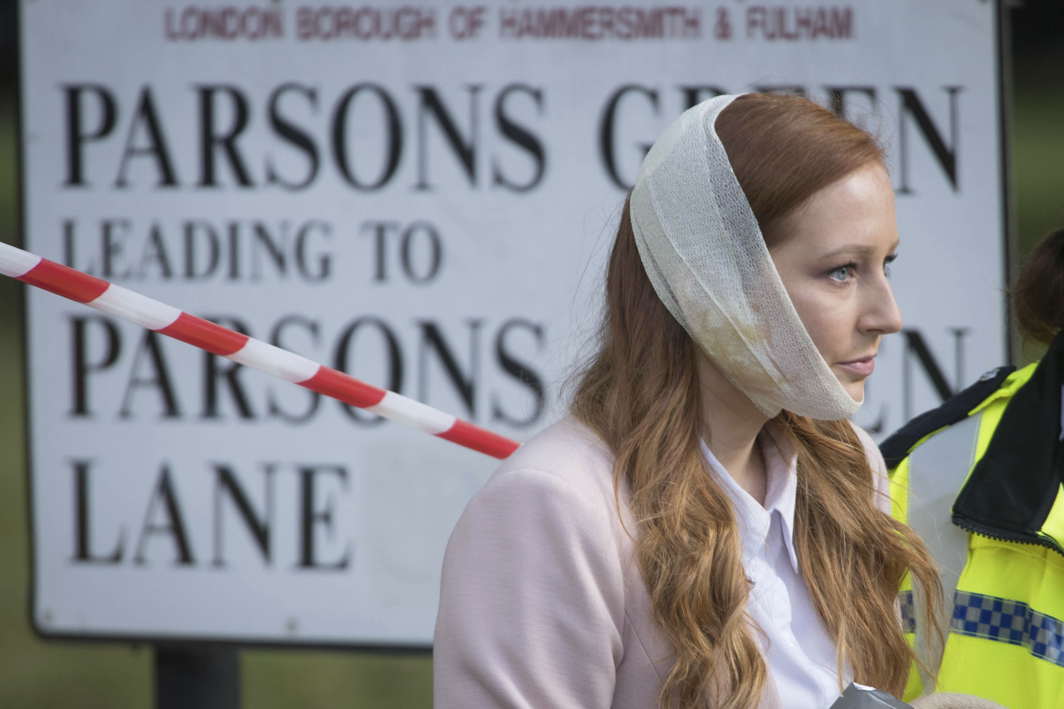 An improvised explosive device (IED) went off on Friday on an underground train of the London Tube service at the busy Parsons Green station, leaving at least 22 people injured. The Scotland Yard, which was pressed into investigation along with other agencies, has termed the explosion as a “terrorist incident”.

Witnesses said the Tube train had pulled into the station and the doors had just opened when the explosion went off in the last carriage. Passengers described a “heat wave” and “wall of flame” which was sent through the carriage.

The British Transport Police, Met armed police and officers, firefighters and paramedics from the London Ambulance Service attended. Six fire engines, two fire rescue units and around 50 firefighters and specialist officers immediately pressed into service by the London administration to deal with the situation even as a stampede like situation unfolded at Parsons Green with panicked commuters and locals in the area scampered out of the station following the explosion. The first ambulance crew arrived at the scene within five minutes.

We have taken 18 patients to a number of London hospitals. None are thought to be in a serious or life-threatening condition #ParsonsGreen pic.twitter.com/3B13JznAqZ

Around two hours after the explosion, Scotland Yard declared it a terrorist incident while a counter-terror investigation was launched.

Local media networks in London have reported that passengers suffered facial burns from the blast while the subsequent stampede too left many injured.

A picture and amateur videos circulating on social media showed a white bucket with a supermarket freezer bag on the floor of one train carriage. The bucket was in flames and there appeared to be wires coming out of the top.

#BREAKING: Here is a video from the scene of the attack at Parsons Green. pic.twitter.com/iE0wTnsa5F. #parsonsgreen

“I was on the second carriage from the back. I just heard a kind of whoosh. I looked up and saw the whole carriage engulfed in flames making its way towards me,” news agency Reuters quoted an eyewitness – Ola Fayankinnu – as describing the explosion.

“A lot of people were trampled on. There were phones, hats, bags all over the place and when I looked back I saw a bag with flames. People were crying, shocked, a few people had been injured, some people had been trampled,” Fayankinnu said.

While the London administration and security establishment was busy dealing with the aftermath of the explosion, US president Donald Trump decided to stir up a controversy while attempting to condemn the terror strike – even before the Scotland Yard or London police had confirmed the incident to be an act of terror.

Another attack in London by a loser terrorist.These are sick and demented people who were in the sights of Scotland Yard. Must be proactive!

Loser terrorists must be dealt with in a much tougher manner.The internet is their main recruitment tool which we must cut off & use better!

We have made more progress in the last nine months against ISIS than the Obama Administration has made in 8 years.Must be proactive & nasty!

The travel ban into the United States should be far larger, tougher and more specific-but stupidly, that would not be politically correct!

Trump’s move to use the unfortunate terror strike that left 22 people injured for promoting his controversial ‘travel ban’ policy and seeking that internet services be “cut off” predictably didn’t go down well with the Twitteratti.

Nick Timothy, a newspaper columnist who was formerly chief of staff to British prime minister Theresa May, responded to Trump’s tweets by terming his reaction as “unhelpful”.

True or not - and I'm sure he doesn't know - this is so unhelpful from leader of our ally and intelligence partner. https://t.co/ZndrTXFrAX

Meanwhile, London Mayor Sadiq Khan said that Londoners will see more police on the streets of the British capital in the days to come. He also tweeted that he would be attending a meeting with the British Prime Minister to review the situation.

The @metpoliceuk have confirmed that the explosion on a train at Parsons Green Station is being treated as terrorism https://t.co/4jRHedcBXt pic.twitter.com/Vbt5uCFpih