Cyclone Shaheen will have an impact especially on people living in the coastal areas of Maharashtra and Gujarat, the IMD had said. 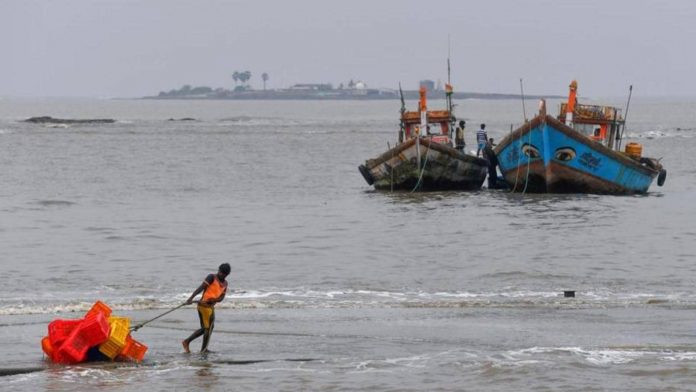 At a time, when the country is facing the wrath of cyclone Gulab, another cyclone has blown the senses of the meteorologists. The Meteorological Department had said another low pressure area is forming over the Arabian Sea, which is likely to turn into a cyclone.

However, in its latest update on Thursday, the IMD said depression over North East Arabian Sea, is moving away from Gujarat coast and hence will not hit the Indian coast.

Earlier the IMD had said the low pressure area is very likely to emerge in the northeast Arabian Sea and adjoining Gujarat coast around the evening of 30 September. The name of this cyclone is Shaheen which has been proposed by Qatar.

Cyclone Shaheen will have an impact especially on people living in the coastal areas of Maharashtra and Gujarat, the IMD had said.

The cyclonic circulation over East-central and Northeast Bay of Bengal adjoining Myanmar coast is currently located in North-East direction. Under its influence, a Low Pressure Area is very likely to form over West Bengal and Bangladesh coasts during the next 12 hours. Due to which heavy rainfall is likely at isolated places over Gujarat, Maharashtra, Konkan, Marathwada, Saurashtra, Jharkhand, Gangetic West Bengal, Odisha and Tamil Nadu, Puducherry and Karaikal for the next two to three days.

The IMD has issued an alert of heavy rain in all these states and has advised fishermen to stay away from the sea till October 3. While Kurukshetra, Kaithal, Narwana, Karnal, Fatehabad, Rajound, Assandh (Haryana) Gangoh, Shamli, Kandhla, Bijnor, Sakoti Tanda, Hastinapur, Chandpur, Baraut, and adjoining areas are likely to see heavy rains during the next few hours.

Read Also: Doordarshan to cease operations in 152 districts, including 15 from Bihar

In other India news, the High Power Doordarshan Transmitter Centre at Diwari, Saharsa and Doordarshan Kendras in Bhagalpur and Siwan districts will not be operational from 31 October.