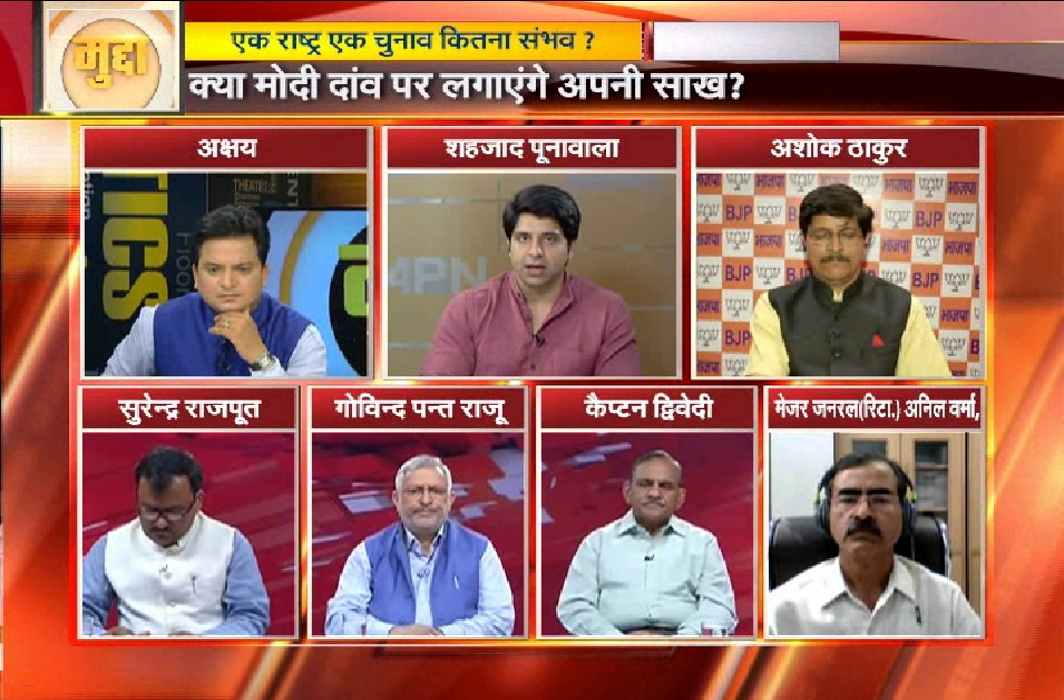 A hindrance to governance and a drain on public exchequer, multiple elections should go and one nation one election policy should be implemented, say panellists at APN Mudda

With an eye on the upcoming 2019 Lok Sabha elections, Prime Minister Narendra Modi and Bharatiya Janata Party (BJP) president Amit Shah on Wednesday called for a meeting with the chief ministers and Deputy CMs of 14 BJP-ruled states, to discuss a range of issues, including the issue of holding simultaneous assembly and Lok Sabha polls—“One Nation One Election”.

While PM Modi has flagged the issue on multiple occasions earlier, there has been renewed interest and discussion over the simultaneous state and general elections, ever since President Ram Nath Kovind talked about it in his address in the beginning of the parliament’s budget session.

It has often been argued that the One Nation One Election policy will save the tax-payers’ money and that the recurrence of state assembly elections is a great impediment to the country’s growth. Leaders from several parties have also on several occasions stated that multiple elections with the imposition of model code of conduct are a hindrance to governance and a drain on the public exchequer.

Though the debate on simultaneous polls have raised speculations that the Lok Sabha elections might be brought forward to coincide with some state assembly polls, Union Finance Minister Arun Jaitley earlier stated that the Lok Sabha polls would be held on schedule.

So even while opposition parties keep questioning the practicality and the constitutionality of holding simultaneous elections, APN’s popular debate show Mudda took up the issue, with anchor Akshay Singh Gaur discussing with panellists the pros and cons of the One Nation-One Election policy and whether or not PM Modi will be successful in convincing top leaders of the need for holding simultaneous polls.

Initiating the debate, Raju stated that while One Nation-One Election can be a better option than multiple elections, implementation remains a challenge.

Backing simultaneous polls, Thakur said that multiple polls are a major challenge for better governance. Thakur further stated that if all opposition parties co-operate with the government, there can be an easy implementation of simultaneous polls.

Also batting for One Nation-One Election, Poonewala stated that every political party in the country will be benefited by simultaneous polls. However, he also said that there will certainly be several challenges in the implementation of any major reform in a densely populated country like India.

Rajput claimed that even the opposition is in favour of simultaneous polls but the government should compulsorily discuss its implementation in an all-party meeting. He also stated that while PM Modi and Amit Shah has been discussing the issue with BJP leaders, no other opposition leaders has yet been invited for a talk on the One Nation One Election plan.