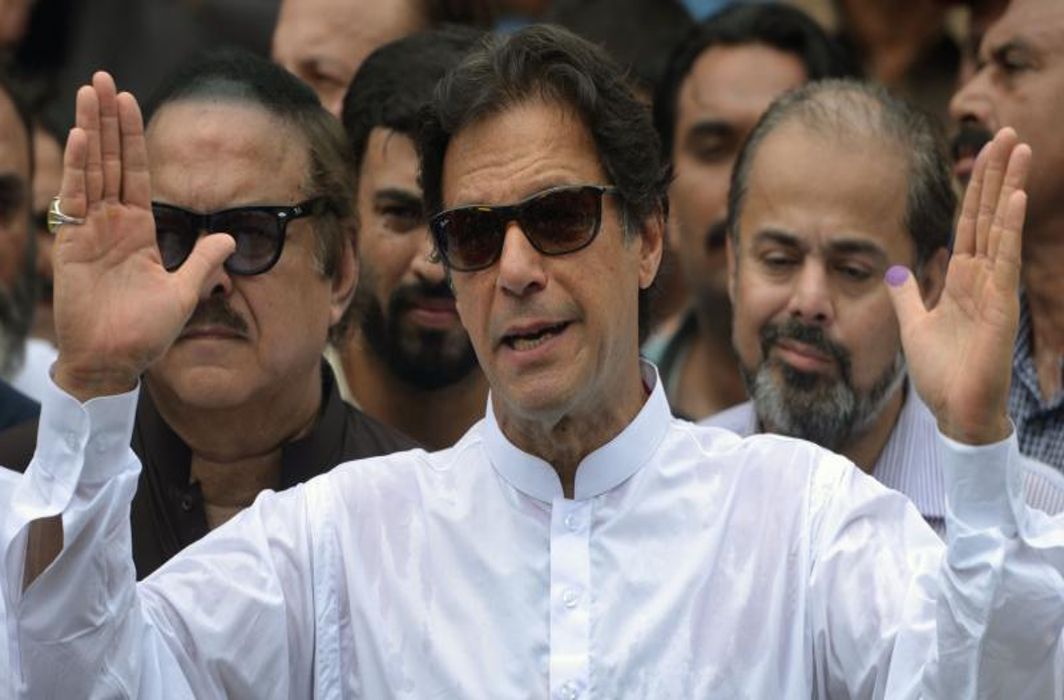 The Chinese Foreign Minister, who was accompanied with a high-level delegation including three vice ministers, congratulated Khan on his assumption of the office and conveyed the desire of the Chinese leadership to work with the new government for further enhancing the strategic partnership between the two counties.

In response, Imran Khan reiterated that friendship with China was a cornerstone of Pakistan’s foreign policy and thanked Chinese Premier Li Keqiang for his congratulatory telephone call and extending invitation. He said that he look forward to the visit and meetings with the Chinese leadership. Khan reiterated his government’s commitment for implementation of CPEC.

During his meeting with Saudi Arabia’s Information Minister Dr Awwad bin Saleh Al Awwad Pakistan’s PM underscored the strong bilateral relations  and expressed satisfaction at the pace of progress in this direction. He called for sustaining the momentum through tangible progress on areas identified for the future cooperation.

PM Khan invited greater investment by Saudi public and private sectors in petroleum, energy, livestock and agriculture sectors in his country. He also emphasized the need for addressing the current imbalance in bilateral trade between the two countries, which is now in favor of Saudi Arabia.

Saudi Arabia’s Information Minister arrived in Islamabad on Friday on a two-day visit. During his stay he called on President Arif Alvi, National Assembly Speaker Asad Qaisar, Foreign Minister Shah Mehmood Qureshi and Chief of the Army Staff Gen Qamar Javed Bajwa, besides having a meeting with Federal Minister for Information and Broadcasting Fawad Chaudhry.

According to Associated Press of Pakistan (APP), the Saudi minister termed his visit very fruitful for having met the top civil and military leadership of the country.

Before leaving for home, Dr Awwad said that the two countries enjoyed unique and special relationship and expressed hope that his visit to this “brotherly country” would further strengthen the ties.

According to PPI, a delegation led by the Chinese foreign minister met Chief of the Army Staff (COAS) Gen Qamar Bajwa and discussed matters related to regional security and bilateral cooperation. He said that the ties were based on convergence of views and mutual respect.

Wang said the world should acknowledge Pakistan’s efforts towards regional peace and stability and appreciated security provided to CPEC.