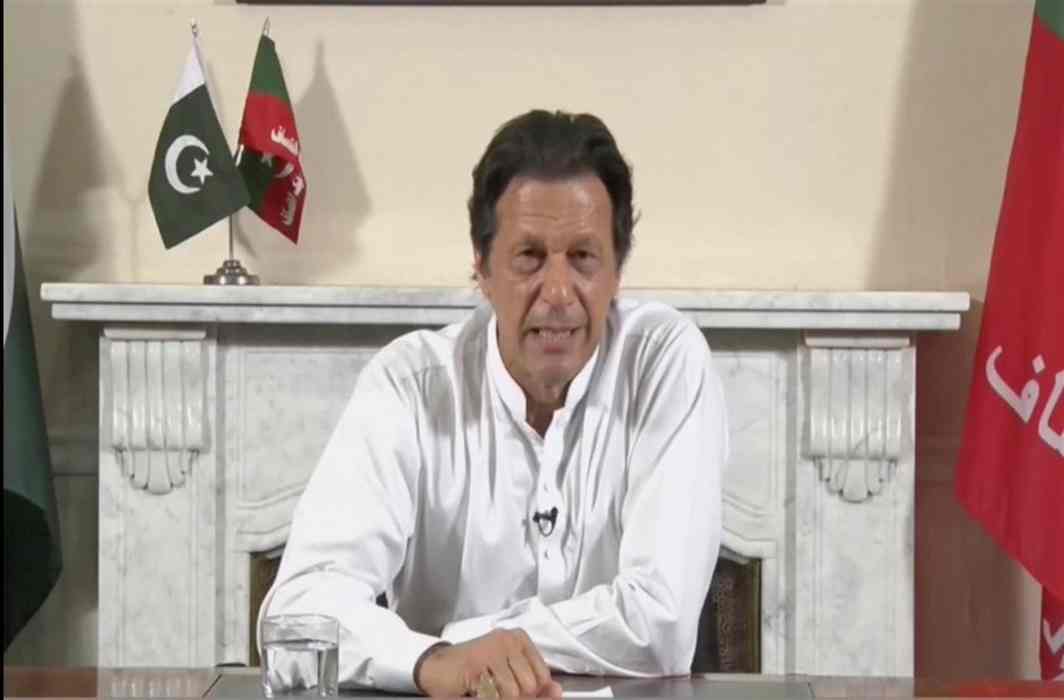 Imran Khan is poised to become the new prime minister of Pakistan with his party, Pakistan Tehreek-e-Insaf or PTI, emerging on top in the general elections – although falling short of majority by 22 seats.

Results released by the Election Commission of Pakistan today showed PTI had won 115 seats. The National Assembly has 272 seats in total and the halfway mark is 137 for a simple majority. The former cricket star will need to form alliances and cobble up a coalition to make good the shortfall.

Results from some seats are still being counted, reports said.

“(PML-N) would play the role of a strong opposition,” said Shehbaz Sharif, the PML-N president and brother of Nawaz Sharif, according to the English-language Dawn newspaper.

Imran Khan’s party also appears to have succeeded in wresting control of the local assembly in Pakistan’s biggest province, Punjab, from the Sharifs, according to the official but incomplete results. Punjab is home to more than half of Pakistan’s 208 million people and had been the power base of the Sharif family for more than three decades.

During a presidential style address on Thursday night, Imran Khan offered to investigate opposition claims of rigging after a bitter campaign in which Pakistan’s powerful military was accused of tilting the race in favour of Khan, and trying to erase democratic gains made since the last military regime ended in 2008.

Imran Khan vowed to improve relations with India and Afghanistan, while calling for mutually beneficial ties with the US.

Khan, who came to power after what he called 22 years of struggle, pitched for development, stability and improvement of Pakistan’s economy. Khan shared his vision for his nation and vowed to make Pakistan’s institutions stronger under which everyone will be held accountable. He also promised to make a “Naya Pakistan” which would be an Islamic welfare state.

The elections in the hostile neighbourhood are watched with keen interest in India, just as developments here evoke huge response there.

There has been concern in India about the outcome of the elections in Pakistan. It has been pointed out that a hardline party at the helm will affect the security of the people in Jammu and Kashmir as well as the rest of India in view of Pakistan’s tacit support to terror.

In his address on Thursday night, the 65-year-old former captain of Pakistan cricket team said he was a “little disappointed” the way Indian media has portrayed him “like a Bollywood villain… as though all will be bad if I come to power”.

“I have widely travelled in India because of cricket and I want good relations with India,” he said.

Elaborating on his foreign policy and his views of relations with India towards the end of his address, Khan said the two countries also need to have a dialogue on Kashmir.

“The biggest dispute between us is about Kashmir. We need to talk about Kashmir… We’re still on Square 1. India sees Baluchistan, we see Kashmir… this blame game has to stop. We are ready to take two steps forward if you take one,” he said. “The situation in Kashmir, the human rights violations, deploying army there… Kashmiris have suffered. The leadership has to find a way out,” he added.

In India, media reports quoting experts in India-Pakistan affairs said there would be no sudden turnaround in the relationship with Pakistan. The army will continue dictating Islamabad’s policy towards New Delhi.

Khan’s critics allege that he has the army’s backing, despite his own denials. He has endeared himself to the army and also echoed right-wing Islamist voices on certain issues.

Some analysts saw this as making it easier for India to talk to Pakistan: for once, there would not be the problem of Pakistan government saying one thing and its army pulling in another direction.

Traditionally, the foreign and defence policies of Pakistan have larger imprints of its army, the sixth largest in the world.

“To me this is like the early days of Nawaz Sharif when he pandered to the right-wing religious elements and wrongly believed that such elements could be handled politically,” said MK Bhadrakumar, a former career diplomat who headed the ministry of external affairs’ PAI (Pakistan, Afghanistan, Iran) division, according to a report in The Hindustan Times (HT).

The election results mean little for Pakistan or the region, said strategic affairs expert Brahma Chellany. “The Pakistani military will remain the puppet master calling the shots from behind the scenes,” Chellaney said. “Imran Khan is its latest civilian puppet. Khan’s support of Islamists and his defence of Pakistan’s strict blasphemy laws will ensure Pakistan remains a jihadist dungeon.”