Home Latest world news Imran Khan says it was a blunder to join US post 9/11,... 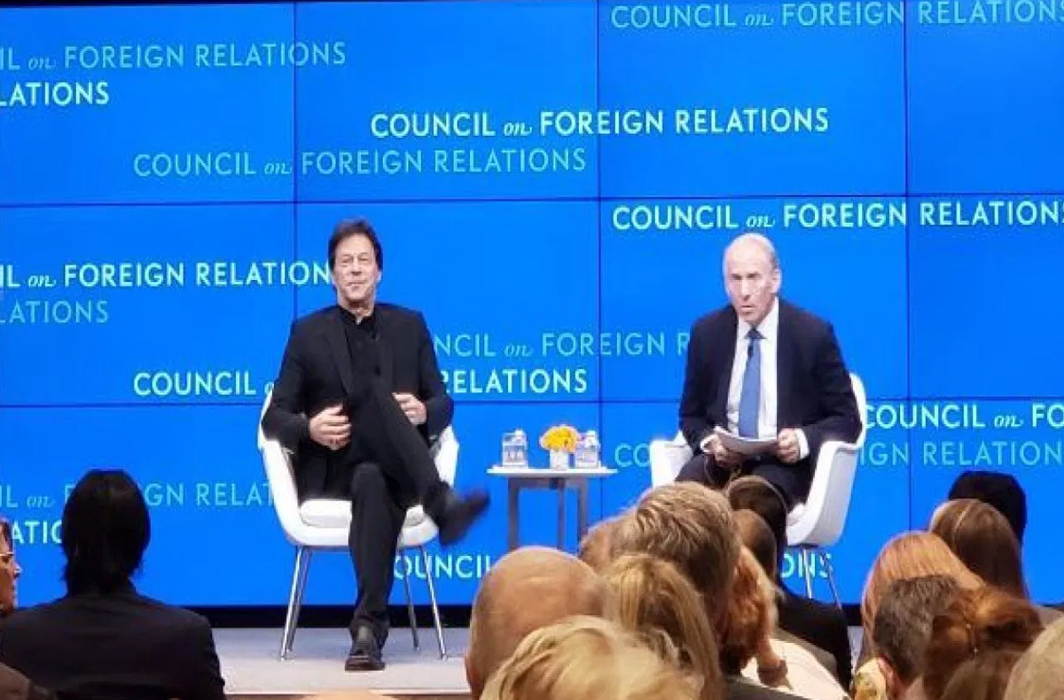 Pakistan Prime Minister Imran Khan said his country committed “one of the biggest blunders” by siding with the US after the 9/11 attacks in 2001 and going after militant groups that had been trained by Pakistan Inter-Services Intelligence (ISI).

Saying the previous governments “should not have pledged what they could not deliver”, Khan, speaking at the Council on Foreign Relations (CFR) on Monday in New York, added that Pakistan should have remained neutral.

Khan was asked about former US Defence Secretary James Mattis’ remark that he considered Pakistan to be “the most dangerous” among all countries he had dealt with, Khan said: “I do not think Mattis fully understands why Pakistan became radicalised.”

“In the 1980s, when the Soviets invaded Afghanistan, Pakistan, helped by the US, organised the resistance to the Soviets. The ISI (Inter-Services Intelligence) trained militants who were invited from all over the Muslim world to do jihad against the Soviets,” Khan said in response to a question.

“And so we created these militant groups to fight the Soviets…Jihadis were heroes then. Come 1989, Soviets leave Afghanistan, the US packs up and leaves Afghanistan…and we were left with these groups,” he added.

“Then comes 9/11, and Pakistan again joins the US in the war on terror and now we are required to go after these groups as terrorists. They were indoctrinated that fighting foreign occupation is jihad but now when the US arrived in Afghanistan, it was supposed to be terrorism,” Khan added.

“So Pakistan took a real battering in this,” the Prime Minister said, adding that Pakistan should have stayed neutral in the conflict.

He insisted that there could be no military solution in Afghanistan and said he will urge U.S. President Donald Trump to resume peace talks. “For 19 years if you have not been able to succeed, you are not going to be able to succeed in another 19 years,” he added.

Responding to a question on al-Qaeda terrorist Osama bin Laden, Khan said some people in the Pakistan Army didn’t agree on going after terror groups in Afghanistan.

“The Pakistani army ISI trained Al Qaeda and all these groups to fight in Afghanistan, there were always links, there had to be links because they trained them. When we did a 180-degree turn and went after those groups, not everyone agreed with us, within the army people did not agree with us, so there were insider attacks in Pakistan.  There were two suicide attacks on General Musharraf, which were insider (attacks), from within the army,” Khan said.

Attempting to draw international attention on Kashmir, Khan also said the least he expects the international community to do is to urge India to lift the curfew in Kashmir.

Responding to a question, Khan said he had urged his Indian counterpart Narendra Modi to “reset” bilateral ties and his government waited to resume talks until after the elections in India were over but then it found that “India is pushing us in the blacklist of the Financial Action Task Force (FATF) to bankrupt us”.

He said that by abrogating Article 370, India had cast aside the UN Security Council resolutions, the Simla accord and its own Constitution. Khan said he would ask the UN to play its role on the Kashmir issue.

Pakistan has been trying to internationalise the Kashmir issue but India has asserted that the abrogation of Article 370 was its “internal matter”. New Delhi has also asked Islamabad to accept the reality and stop its anti-India rhetoric.

On Pakistan’s fragile economy, Khan said his government had inherited “the biggest current account deficit” in the country’s history and “so the first year has been a real struggle”. Khan thanked China for helping “when we were at the rock bottom”.

“China has given us a great opportunity to lift ourselves up from where we are right now,” he added.

Khan, who is in the US on a week-long visit, will be addressing the United Nations General Assembly on September 27, the same day as Prime Minister Narendra Modi.