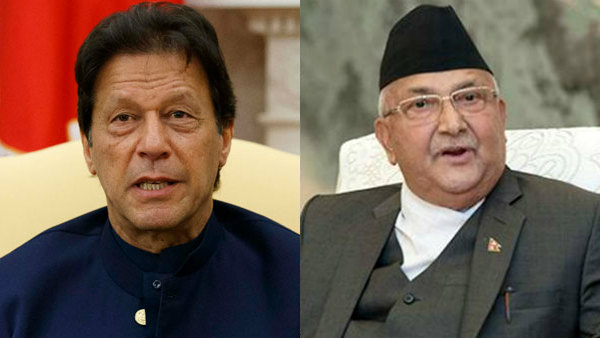 Nepal Prime Minister KP Oli had on Sunday accused his detractors of trying to push him out of power, accusing India and politicians in Nepal of being involved in a conspiracy to topple him for publishing the country’s new map that depicts Indian territories Lipulekh, Kalapani, and Limpiyadhura as part of Nepalese territory.

This accusation, however, appeared to have backfired on PM Oli after rival leaders such as Pushpa Kamal Dahal “Prachanda” demanded PM Oli to prove his allegations or resign from his post.

Oli’s ant-India approach and China leanings are well known and now Pakistan is also trying to cash in on anti-India sentiment.  Pakistan has sent a formal communication to the Nepalese foreign ministry to fix a time for Imran Khan’s phone call to PM Oli.

Imran Khan’s outreach to PM Oli comes at a time when he is struggling to stay in power. Diplomatic sources said it is obvious that the flavour of the conversation is going to be India.

Imran Khan’s Pakistan has accused India of engineering the terrorist attack at the Pakistan Stock Exchange in Karachi while PM Oli has been accusing India of destablising his government.

The phone call comes at a time Xi Jinping’s China is engaged in a standoff with India over Ladakh. Nepal and Pakistan also owe a huge debt to China for projects that critics say, largely serve Beijing’s interests. “China is their common link,” a Kathmandu source said. It has been alleged that PM Oli’s hard push to redraw the Himalayan nation’s political map to create a dispute with New Delhi was timed to serve  China’s interests.