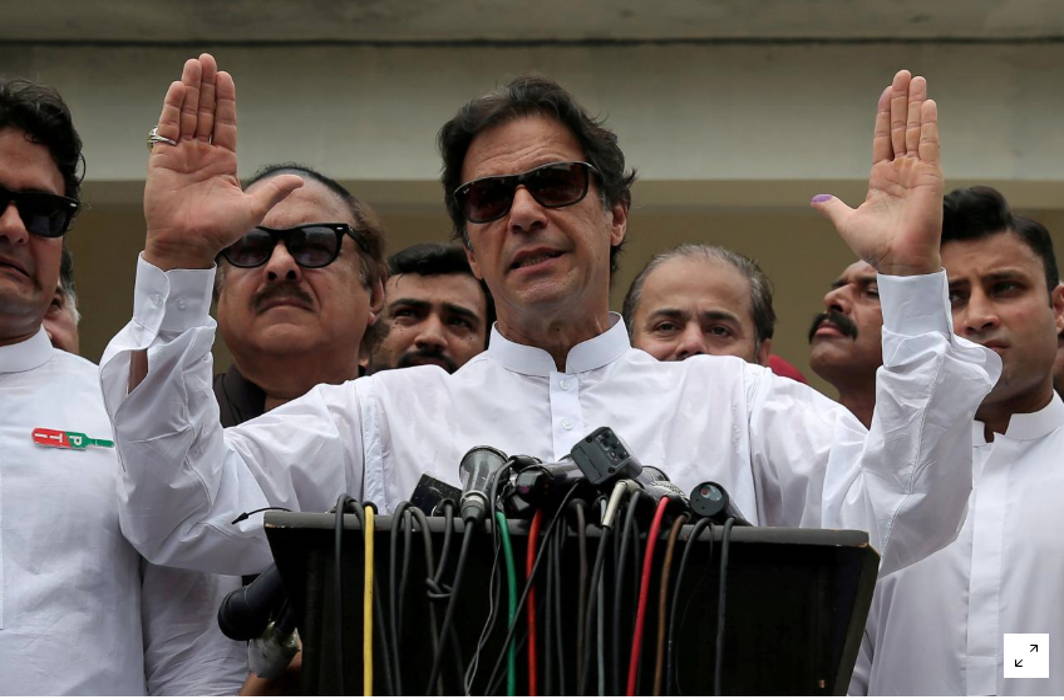 According to Dawn report, after taking the oath as premier, Khan and First Lady Bushra Imran greeted various guests and proceeded to the Prime Minister’s Office, where he was presented a guard of honour. The oath ceremony was delayed by little over 30 minutes behind the schedule.

Read More:-  Imran Khan: No Foreign Dignitaries to be invited for Oath Ceremony

The ceremony commenced with the national anthem, followed by recitation of verses from the Holy Quran.

However, due to Imran Khan’s poor knowledge of  Urdu language and its pronunciation he had to face embarrassment. He was corrected by President Mamnoon Hussain in pronouncing Khatamun-Nabiyyeen, one of the titles of Prophet Mohammad that means the last prophet. Instead of Qayamat (the day of judgement) Imran pronounced Qayadat (the leadership).

The invited guests, which include politicians, cricketers and celebrities, were told to be at the venue at 9:15am. The event was scheduled to begin at 9:30am.

Imran Khan, who captained Pakistan’s cricket team to World Cup glory in 1992, had invited some of his former teammates to witness the ceremony.

On Friday, Imran Khan, as the leader of the largest party in the National Assembly, along with the support of his post-poll allies and independents, was elected as the PM in parliamentary vote.

As PM-elect Imran Khan delivered a speech in the National Assembly saying, “First of all, we will start strict accountability. I promise to my God that everyone who looted this country will be made accountable.”

Imran Khan and other PTI leaders had, during the campaign, promised to end widespread graft while building an “Islamic welfare state”.

Read More: Afghanistan, Not India, Will Be Imran Khan’s Priority Until 2019

Earlier this week, PTI candidates were also voted for the post of speaker and deputy speaker of the National Assembly, strengthening Khan’s to carry forward his legislative agenda.