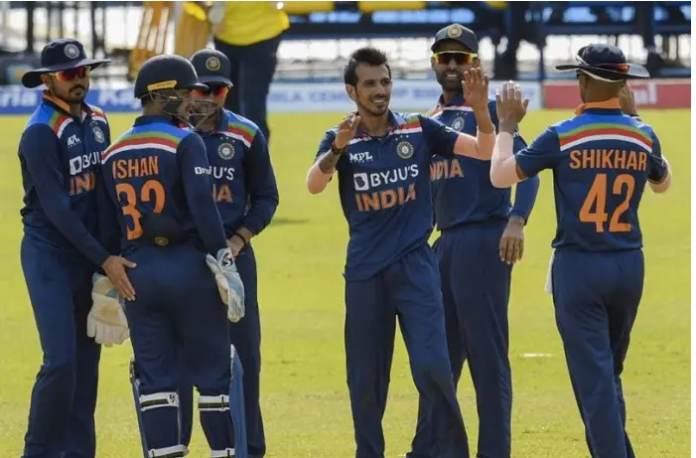 The Indian cricket team which was earlier described as a second-string Indian team by Sri Lanka’s World Cup winning captain Arjuna Ranatunga, has not only defeated Sri Lanka by seven wickets but also achieved the target of 263 runs in just 36.4 overs in the first one-day international of the limited overs series on Sunday.

Chasing 263, India achieved the target losing three wickets with 80 balls to spare and lead the three-match series in Colombo. Shaw’s 24-ball 43 provided early momentum and Kishan’s 42-ball 59 took the game away from Sri Lanka. Dhawan anchored the chase with an unbeaten 86 off 95 balls but before the batsmen did their job, India’s spinners unsettled the opponents.

Prithvi Shaw was named man of the match for getting India off to a flying start.

On his return to the Indian team, Shaw showed no signs of the excess baggage of a depressing Australia tour last winter. This was his first 50-over international in about 18 months. In batting-friendly conditions, the 21-year-old have played his natural game.

Arjun Ranatunga, a former World Cup-winning skipper, had criticised the Sri Lankan cricket board for agreeing to host a ‘second-string Indian team’ in a limited-overs series, calling it an ‘insult’.

Ranatunga had already faced criticism as he was targeted by many current and former Indian and Pakistani cricketers for his remarks. Now it will be interesting to see that what will Ranatunga say?

Sri Lanka, led by Dasun Shanaka, lost wickets on regular intervals after electing to bat first but number eight Chamika Karunaratne’s quickfire 43 lifted the side to 262 for nine in 50 overs.

However, Sri Lanka could only manage 262 for nine against the fast bowlers Deepak Chahar (2/37) and the spin duo of Kuldeep Yadav (2/48) and Yuzvendra Singh Chahal (2/52), popularly known as Kulcha. Krunal Pandya also bowled economical and took one wicket for just 26 runs in 10 overs.

The limited-overs series that also includes three Twenty20 matches was rescheduled and the original start date of July 13 pushed back by five days due to a Covid-19 outbreak in the Sri Lankan camp following batting coach Grant Flower’s positive test on return from their tour of England.

Sri Lanka, who had already been hit hard by the suspension of three players including vice-captain Kusal Mendis and wicketkeeper Niroshan Dickwella for breaching the team’s bio-bubble in England, suffered an injury blow after captain Kusal Perera was ruled out of the series.