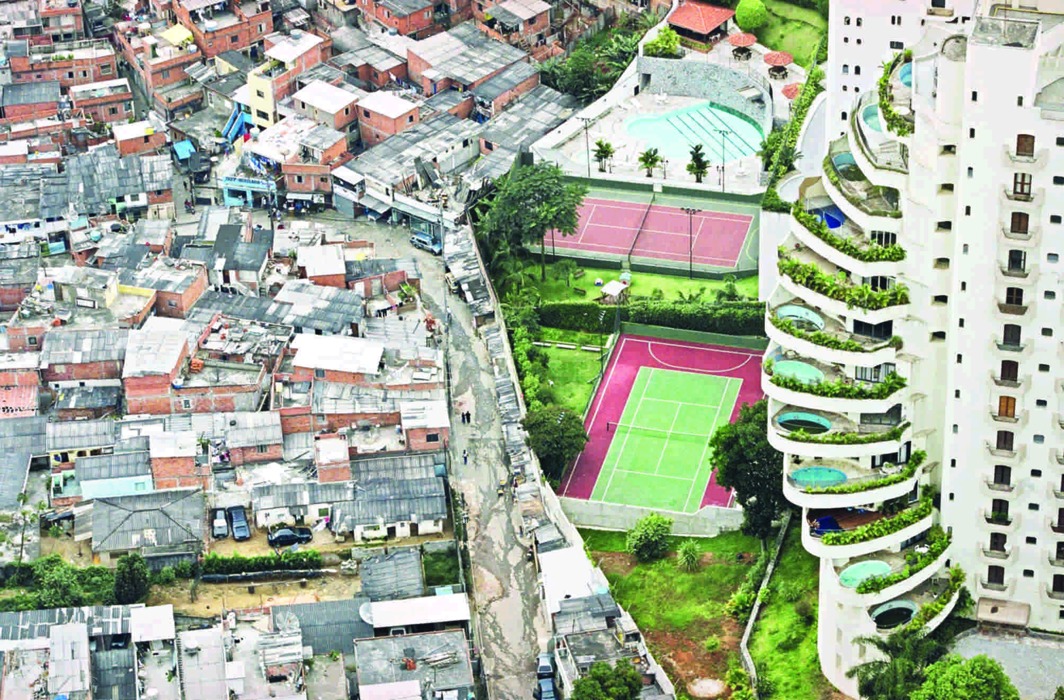 Interestingly, personal wealth in India was dominated by property and other real assets, which make up 91 percent of estimated household assets. Over the 12 months, non-financial assets grew by 4.3 percent, accounting for all of the wealth growth in India.

House-price movements are a proxy for the non-financial component of household assets, which reached a high of 9 percent for India.

India’s wealth has been rising since the turn of the century, with the annual growth of wealth per adult averaging at 8 per cent over 2000–18, the report says.

The report highlights the lopsided growth in India. While the country ranks sixth globally in terms of the ultra-rich population — those with wealth in excess of $50 million — it is also one of the highest contributors to the world’s adult population with base-tier wealth (less than $10,000, or about Rs 730,000).

“Residents of India remain heavily concentrated in the bottom half of the distribution. However, the country’s high wealth inequality and immense population mean that India also has a significant number of members in the top wealth echelons,” says Credit Suisse Global Wealth Report 2018.

“In the 12 months to mid-2018, in USD terms wealth in India grew a modest 2.6 per cent to around $ 6 trillion and wealth per adult stayed flat at $ 7,020, mainly due to currency depreciation of 6 per cent against the dollar,” it said. However, holding exchange rates constant, total wealth grew strongly at 9.7 per cent.

Personal wealth in India is dominated by property and other real assets, which make up 91 per cent of estimated household assets. Notably, it was the growth of non-financial assets by 4.3 per cent over the 12 months that accounted for all of the wealth growth in India. House-price movements are a proxy for the non-financial component of household assets, which reached a high of 9 per cent for India, it said.

“This is typical for developing countries. Personal debts are estimated to be only $840, or just 11 per cent of gross assets, even when adjustments are made for under-reporting. Although indebtedness is a severe problem for many poor people in India, overall household debt as a proportion of assets in India is lower than in most developed countries,” Credit Suisse says.

At the other extreme, is the affluent class of India – the millionaires, whose numbers, as per Credit Suisse estimates, stood at 343,000 by mid-2018, year-on-year (y-o-y) rise of 7,300. There are 3,400 ultra-high net-worth individuals in India, with wealth over $50 million – the sixth highest in the world, after US, China, Germany, United Kingdom and Japan.

In the next five years to 2023, Credit Suisse estimates the wealth in India to grow by 8 per cent per annum to reach $8.8 trillion. India could be home to 526,000 millionaires, an increase of over 53 per cent or 8.9 per cent per annum.

India had one of the highest proportion of female billionaires at 18.6 per cent. However, the women’s share of wealth in India was significantly lower (between 20-30 per cent) compared to global average of 40 per cent.

The aggregate global wealth grew nearly 4.6 per cent, or $14 trillion, in the last 12 months till 2018-mid to $317 trillion – outpacing the growth in population, the Credit Suisse report says. Wealth per adult, as a result, grew at a record 3.2 per cent during this period to $63,100 per adult.

The US contributed most to global wealth, adding $6.3 trillion, taking its total to $98 trillion.

China, according to the report, now has the second largest household wealth, having added $2.3 trillion to reach $52 trillion – and is projected to grow by a further $23 trillion in the next five years, taking its share of global wealth from 16 per cent in 2018 to just above 19 per cent in 2023.

“China is now clearly established in second place in the world wealth hierarchy. Our revised figures suggest that China overtook Japan with respect to the number of ultra-high net worth (UHNW) individuals in 2009, total wealth in 2011, and the number of millionaires in 2014,” the Credit Suisse report says.

Global wealth is projected to rise by nearly 26 percent or 4.7 percent per annum over the next five years, reaching $399 trillion by 2023.

Emerging markets wealth will grow at a faster rate of 7.3 percent per annum and will be responsible for 32 percent of the growth, despite accounting for just 21 percent of the current wealth.

In Asia-Pacific, the number of millionaires is expected to rise 7.6 percent per annum to reach 15 million in 2023, while the UHNW (ultra high networth wealth) segment is forecast to grow to around 58,300 at 8 percent annually, with 46 percent in China.