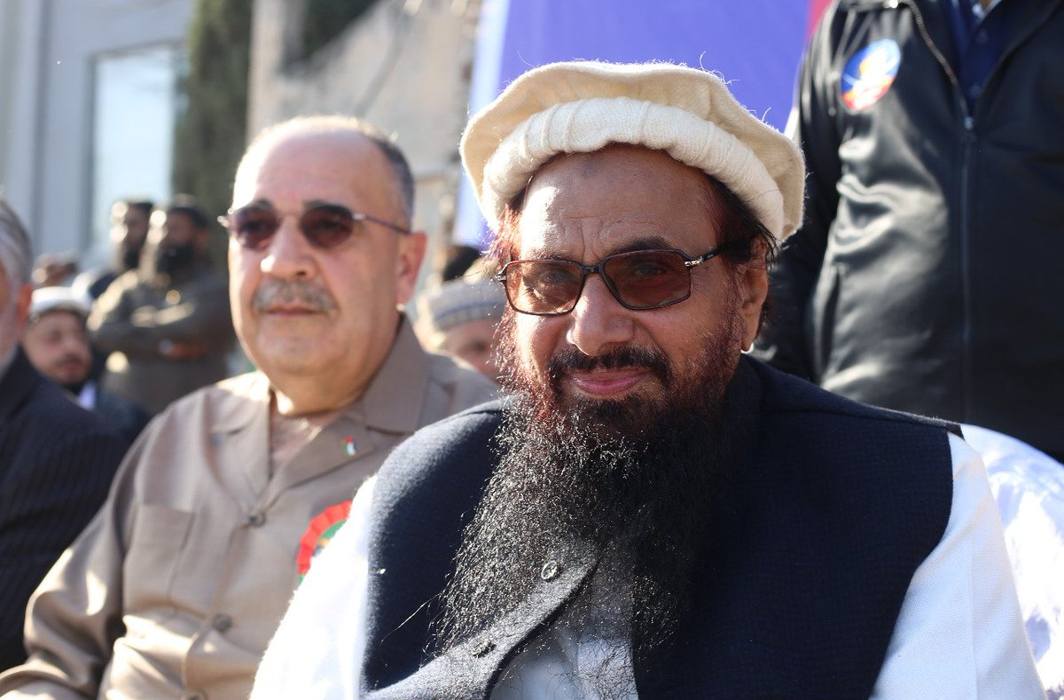 Amidst facing criticism within Bhartiya Janata Party on its vote at United Nations Security Council in favor of the resolution denouncing Washington’s decision to recognize Jerusalem as Israeli capital, government of India has now expressed anger over Palestinian Ambassador sharing stage with Hafiz Saeed, the main accused in 26/11 Mumbai terror attack in Rawalpindi.

Pictures of Palestinian ambassador Walid Abu Ali sharing stage with Hafiz Saeed and addressing the rally were circulated on social media on Friday. The rally was organised by Difa-e-Pakistan Council (DPC) at Liaqat Bagh in Rawalpindi to condemn the recent US Jerusalem move.

Raveesh Kumar further said that Palestinian envoy had been seen at the rally “organised by Jamaat-ud-Daawa (JuD) chief and mastermind of the Mumbai terror attack Hafiz Saeed”. He indicated that government of India will send a strongly worded demarche to the Palestinian government. 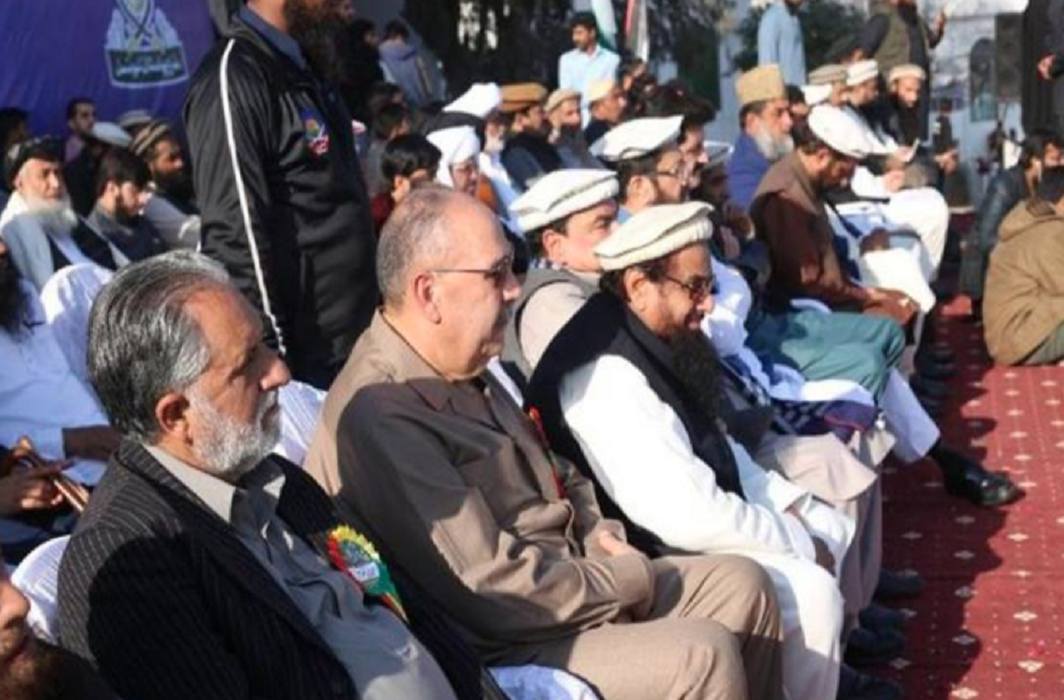 Meantime, India has postponed issuing visas to 192 Pakistani nationals for visiting Dargah Hazrat Nizamuddin during annual Urs to be held in early January.

Subramanian Swami, a senior BJP leader had on December 22 criticised government’s decision to vote against Trump’s Jerusalem move saying India made “a huge mistake” by going against “its national interest”.

Swami  further said, “Palestine has never supported India on Kashmir question” while Israel stood with India always”. He recalled that the noteworthy friendship between PM Narendra Modi and his Israeli counterpart Benjamin Netanyahu is a “Marriage made in heaven”.

The controversy was raged between India and Palestine at a time when government of India is preparing to host Israeli PM Benjamin Netanyahu in January and Prime Minister Narendra Modi is expected to visit Palestine in February.

Though it is not announced officially yet, Israeli PM Bejnamin Netanyahu is expected to be the Chief Guest at Republic Day; January 26, 2018. Several media outlets discussed the possibility in October-November this year. Netanyahu had also told the Knesset (parliament) in October that he will visit India in January 2018, to reciprocate PM Narendra Modi’s trip earlier this year.

In a balancing act, South Block, has reportedly been working towards scheduling PM Narendra Modi’s visit to Palestine in February.  If he visits Ramallah, the headquarters of Palestinian Authority, it will be his first visit to Palestine.

According to reports from Rawalpindi, Hafiz Saeed used the “Tahaffuz Baitul Maqdas” (Defence of Al-Aqsa mosque, Jerusalem) rally organised by Difa-e-Pakistan Council (DPC) to launch campaign against India and rake up Kashmir issue equating it to Israeli occupation of Palestine.

At the event Hafiz Saeed was quoted saying in Urdu, “We consider it our prime responsibility to liberate Kashmir from India. We will free Kashmir in fulfilment of Jinnah’s dream.”

Hafiz Saeed also criticised Pakistan government for allowing Kulbhushan Jadhav’s family members to meet him in Islamabad. He claimed, “Pakistan let the family of Kulbhushan meet him out of kindness and goodwill, but India sent them with spy devices.” He was referring to the alleged presence of the so-called “metallic device” in the confiscated shoes of Kulbhushan Jadhav’s wife.

PM Modi was the first Indian Prime Minister to visit Israel in July 2017 since 1947, who chose not to visit Palestine during the same trip. Even US President Donald Trump could not avoid visiting Palestine in March this year.

According to the sources, external affairs ministry was particularly upset as the incident of Palestinian ambassador’s sharing dais with Hafiz Saeed came in less than 10 days of India joining 127 other countries at UN to support the resolution criticising Trump’s Jerusalem move of recognising the city as Israeli capital.

Responding to Israel’s protest over its vote at UN, India has clarified that its position on Palestine is “independent and consistent” and “shaped by our views and interests, and not determined by any third country”.

Minister of External Affairs Sushma Swaraj, while making statement in parliament on Thursday, had alleged Pakistan for running anti-India campaign over the shoes of Kulbhushan’s wife. She said Kulbhushan’s family members travelled through flights from Delhi to Dubai by Air India and Dubai to Islamabad by Emirates airlines. The so called device was not detected during security checks.

In the latest development, Pakistan’s Foreign Ministry issued a press release on Saturday morning saying that in a last minute decision, India has postponed the issuance of visas to 192 Pakistani pilgrims for attending annual Urs celebrations of Nizamuddin Aulia to be held in Delhi from January 1 to 8.

Pakistan has alleged that the non-issuance of visas was in violation of the spirit of 1974 protocol between the two countries on the visits to religious shrines agreement.