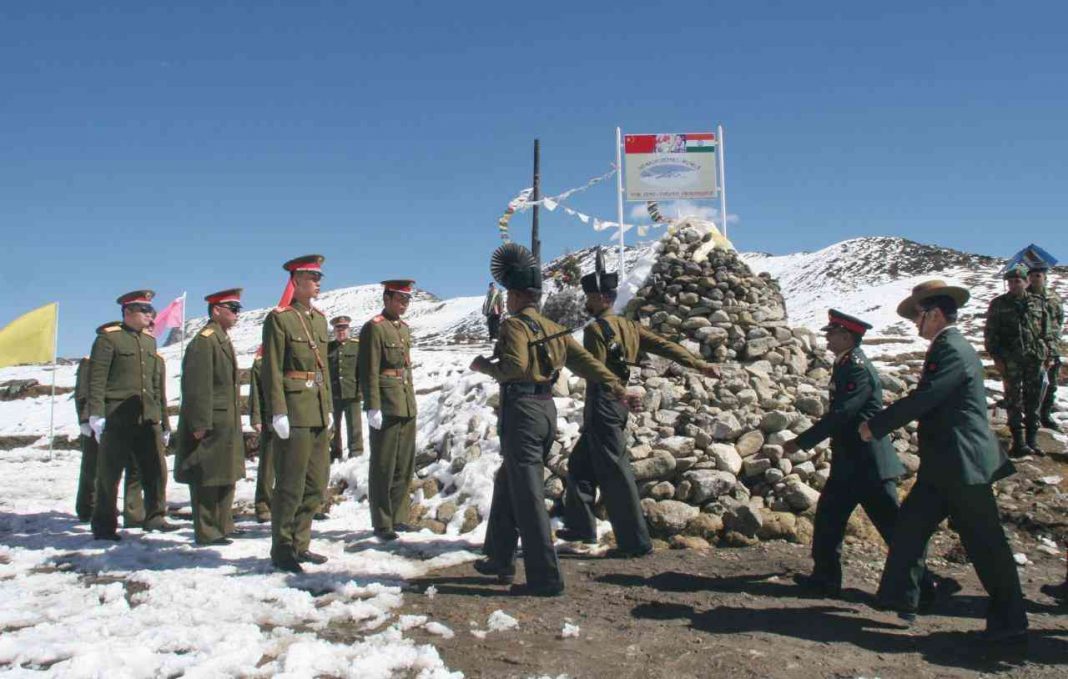 India on Friday said that it is “deeply concerned at the recent Chinese actions” and has conveyed to the Chinese government that the latter’s construction of road in the disputed Doklam area “would represent a significant change of status quo with serious security implications for India”.

The response from the Ministry of External Affairs (MEA) comes a day after the Chinese hinted at the 1962 debacle, saying “India should take lessons from history”.

The statement from MEA said India has underlined that the two Governments had in 2012 reached agreement that the tri-junction boundary points between India, China and third countries will be finalized in consultation with the concerned countries. Any attempt, therefore, to unilaterally determine tri-junction points is in violation of this understanding.

Where the boundary in the Sikkim sector is concerned, India and China had reached an understanding, also in 2012, reconfirming their mutual agreement on the “basis of the alignment”. Further discussions regarding finalization of the boundary have been taking place under the Special Representatives framework.

“It is essential that all parties concerned display utmost restraint and abide by their respective bilateral understandings not to change the status quo unilaterally. It is also important that the consensus reached between India and China through the Special Representatives process is scrupulously respected by both sides,” the statement said.

Pointing out that India has consistently taken a positive approach to the settlement of its own boundary with China, along with the associated issue of the tri-junctions, the statement said, “India cherishes peace and tranquillity in the India-China border areas. It has not come easily. Both sides have worked hard to establish institutional framework to discuss all issues to ensure peace and tranquillity in the India-China border areas. India is committed to working with China to find peaceful resolution of all issues in the border areas through dialogue.”

Giving the backdrop for India’s response, the MEA said that on June 16, a People’s Liberation Army (PLA – the Chinese army) construction party entered the Doklam area and attempted to construct a road. “It is our understanding that a Royal Bhutan Army patrol attempted to dissuade them from this unilateral activity. The Ambassador of the Royal Government of Bhutan (RGOB) has publicly stated that it lodged a protest with the Chinese Government through their Embassy in New Delhi on 20 June,” the MEA said.

On Tuesday Beijing had issued a statement claiming the Doklam plateau, based on the 1890 “Convention Between Great Britain and China Relating to Sikkim and Tibet”.

The Foreign Ministry of Bhutan responded through a statement yesterday, June 29, underlining that the construction of the road inside Bhutanese territory is a direct violation of the 1988 and 1998 agreements between Bhutan and China and affects the process of demarcating the boundary between these two countries. They urged a return to the status quo as before 16 June 2017.

“In keeping with their tradition of maintaining close consultation on matters of mutual interest, RGOB and the Government of India have been in continuous contact through the unfolding of these developments,” said the MEA. It said that in coordination with the RGOB, Indian personnel, who were present at general area Doka La, approached the Chinese construction party and urged them to desist from changing the status quo. “These efforts continue,” India said.

“The matter has been under discussion between India and China at the diplomatic level in the Foreign Ministries since then, both in New Delhi and Beijing. It was also the subject of a Border Personnel Meeting at Nathu La on 20 June,” said the MEA.

Beijing is particularly furious at India’s intercession in the matter. Its foreign ministry spokesperson declared: “The China-Bhutan boundary is not delineated, no third party should interfere in this matter and make irresponsible remarks or actions… If any third party, out of hidden agenda, interferes it is disrespect of the sovereignty of Bhutan. We don’t want to see this, as Bhutan is a country entitled to sovereignty by the international community.”

Beijing had earlier alleged that Indian border troops had crossed the boundary line in the Sikkim sector of the China-India boundary and entered Chinese territory. Yesterday, it said withdrawal of Indian troops from the Doklam plateau was a prerequisite for any dialogue between the two countries and to prevent any escalation.