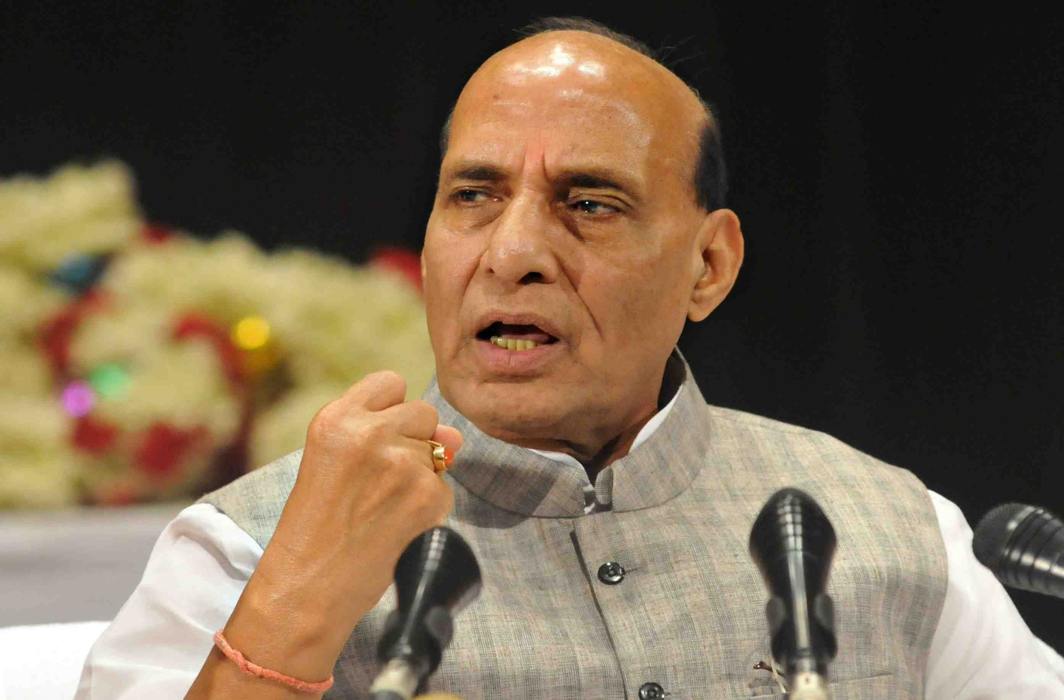 Almost a month after the Indian Army crossed the Line of Control (LoC) to kill three Pakistani soldiers, Union Home Minister Rajnath Singh – in strong words of warning to the neighboring country – said India has earlier shown that its army can attack enemies not only on its own soil, but also in foreign territories, if required.

Speaking at a public meeting of the ‘Bharatiya Railway Maal Godaam Shramik Sangh’ in Lucknow, Rajnath said, “A few months ago, Pakistan, in an act of cowardice, attacked and martyred 17 of our jawans. Prime Minister Narendra Modi consulted all of us on this serious issue, and the Indian Army entered the Pakistani area and killed the militants.”

“India’s image in the world has become that of a strong nation and we have given a strong message to the world that we can attack our enemies not only on our soil, but also in their territory. India has developed this power,” he added.

Further stating that the country wants a friendly relationship with its neighbor but “Pakistan is not mending its ways”, the Home Minister said, “We want to maintain good relations with our neighbour (Pakistan) but they don’t stop doing mischief. We have given a strong message to the world that India can kill its enemies not only on this side, but on that side of the border as well.”

Rajnath’s comments came days after the Indian armed forces crossed the Line of Control in Pakistan-occupied-Kashmir to Rakhchikri in the Rawlakot sector and carried out the attack – which is very similar to last year’s surgical strikes – claiming the lives of three Pakistani soldiers. The Indian Army action came in response to the unprovoked and indiscriminate shelling and firing in the Keri sector by Pakistani troops on Saturday – which claimed the lives of three soldiers and a Major.

Further speaking at the ‘Bharatiya Railway Maal Godaam Shramik Sangh’ public meeting, Rajnath asserted to take up issues and problems of the laborers in the railway sector with representatives and the Railway minister.

“The ‘railway maal godaam shramik’ have, for the past few generations, been sweating and giving the Railways a good income. However, despite this, they do not have any identification card, nor do they get any treatment facility in any of the Railway hospitals,” said Rajnath.