Home Latest world news India can get UNSC seat if it doesn’t insist on veto reforms:... 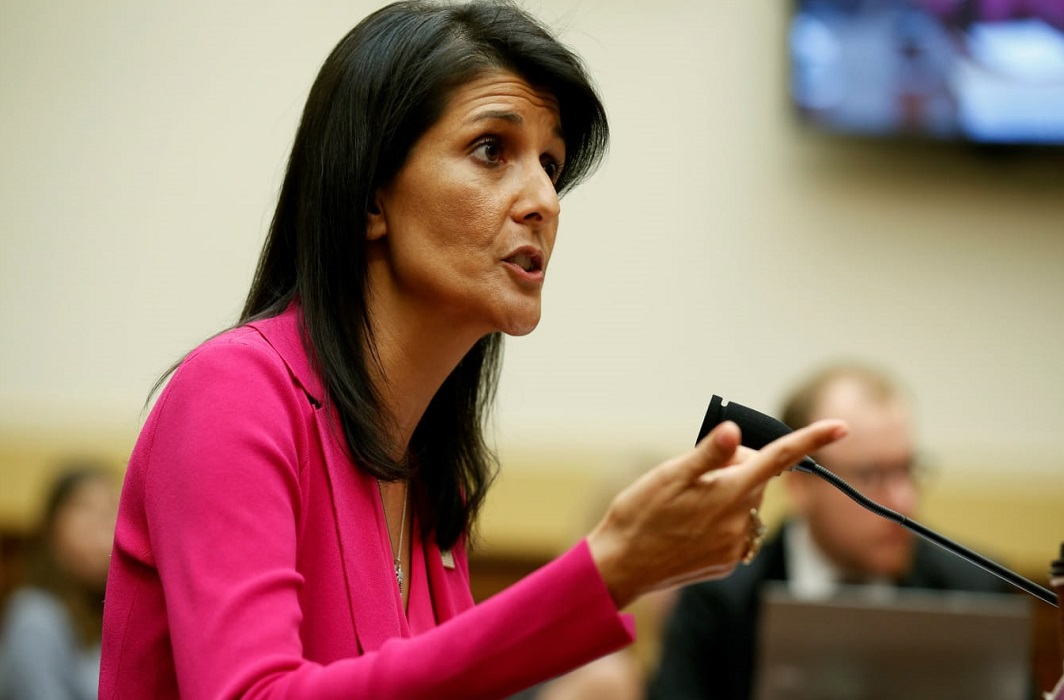 The US administration, on Tuesday, reiterated that India’s chances of getting a place in the elite group of the United Nations Security Council was possible if the country agreed “not to touch the veto power” that current members are neither willing to share nor give up. The statement, made by the Donald Trump administration’s ambassador to the United Nations, Nikki Haley, came even as she asserted that the US was is open to Security Council reforms.

“This (reform of the UN Security Council) is much more about the veto. The permanent five (members of the UNSC) have the ability to veto… Russia, China, UK, US and France and none of them want to give that up. So, the key to getting India on the Security Council would have to be not to touch the veto (sic)”, Haley said.

Speaking at an event organized on the US Capitol by US India Friendship Council, Halley further said that of all the members of the Security Council – Russia and China are most adamant on not allowing any reform in the Council.

“United States is already on board, but there is a need to focus on Russia and China, who do not want to see any changes in the Security Council,” Hailey said.

India and quite a few other countries have been calling for reform of the UN Security Council for a long time as there is a belief that the current UN and its powerful Security Council do not reflect the ground realities of the 21st century.

Last month, foreign ministers of G4 countries – India, Brazil, Germany and Japan – had met on the sidelines of the UN General Assembly to discuss their future course of action to bring reform in the Security Council.

In her address at the US India Friendship Council, Haley also referred to President Donald Trump’s new South Asia policy saying that India can help the US keep an eye on Pakistan as President Trump has “taken a tougher approach to Islamabad harboring terrorism”.

“America’s overriding interest in Afghanistan and throughout South Asia are to eliminate terrorist safe havens that threaten us. And to keep nuclear weapons out of the hands of terrorists, we will use all the elements of our national power economic diplomatic and military to pursue these goals,” she said.

One of the pillars of this strategy, Haley said, is the development of America’s strategic partnership with India.