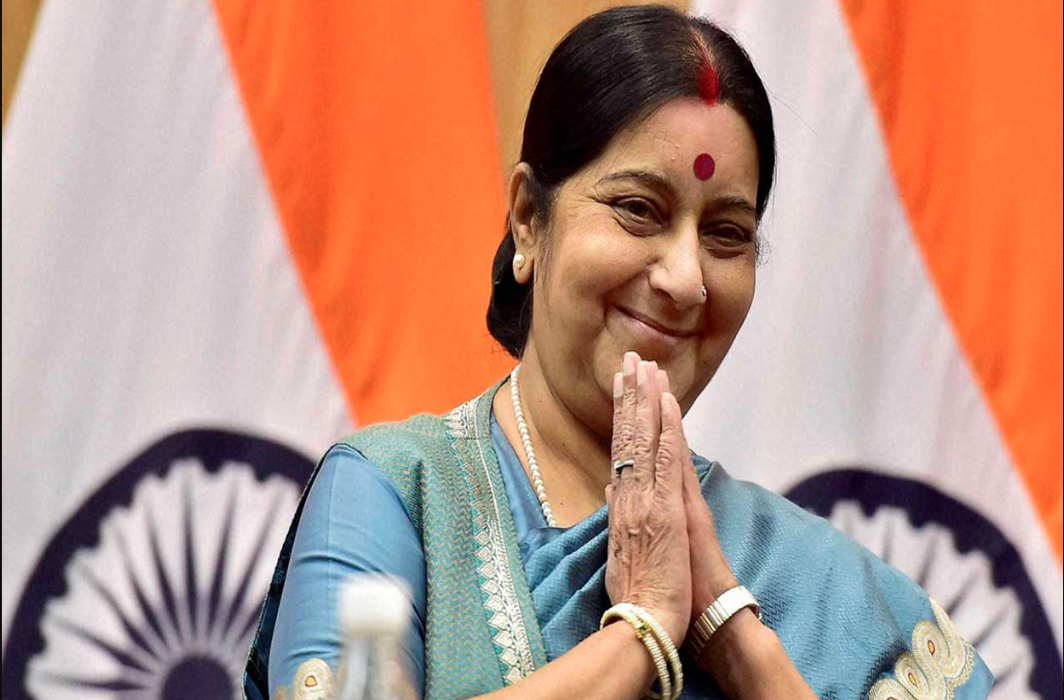 Expanding their regional influence, India and China have launched a training programme for Afghan diplomats on Monday in New Delhi. Ten Afghan diplomats are participating in the program conducted by Indian Foreign Service Institute in the capital.

Due to her tight schedule, Minister of External Affairs Sushma Swaraj  could not attend the event. However, in her message read out at, Sushma Swaraj recollected that the seeds for the bilateral cooperation between India and China in Afghanistan were sown by PM Modi and the Chinese President. “This marks the beginning of what we visualise as a long-term trilateral partnership for the benefit of Afghanistan,” she said.

She reiterated India’s commitment to partner with Afghanistan in its efforts to emerge as a united, peaceful, stable, inclusive, and economically vibrant nation.

She further said, “Development partnership, based on the priorities of the government and the people of Afghanistan, has been the cornerstone of our multifaceted bilateral cooperation.”

On this occasion China’s ambassador to India Luo Zhaohui said that it would likely be followed by joint plans to rebuild in other fields to help rebuild war-torn Afghanistan.

“This is just the beginning. China and India have respective advantages. For example, India has remarkable edge in agriculture and medical services, and China in hybrid rice and poverty reduction. I am sure that in the future days China-India cooperation in Afghanistan will span from training programme to more concrete projects,” he said.

This is first such cooperation among the traditional rival countries. Both have long been locked in a tussle for influence in a region stretching from Nepal to Sri Lanka and the island chain of the Maldives.

Read More: Afghanistan, Not India, Will Be Imran Khan’s Priority Until 2019

In Afghanistan both the countries have been pursuing different policies. China has been relying on Pakistan, as it seeks to stabilise the war-torn country by various means, including brokering talks to end the Taliban insurgency.

On the other hand, India has invested billions of dollars in economic projects and training of military officers to strengthen the Afghan government in its fight against the Taliban, Reuter reports.

For its part, Pakistan sees the expansive diplomacy in Afghanistan by India, as a way to encircle it.

According to Chinese envoy the joint training of 10 Afghan diplomats at the Indian Foreign Service Institute was the first step in China-India-Afghanistan cooperation that was agreed at a summit between President Xi Jinping and Prime Minister Narendra Modi this year.

The envoy said that India-China cooperation in Afghanistan should be extended to countries such as Bhutan, Nepal, the Maldives, Myanmar and even Iran.

A week ago Chinese embassy in New Delhi said that both the countries must deepen their cooperation to fight trade protectionism, as it criticised the US for what it termed provoking disputes.