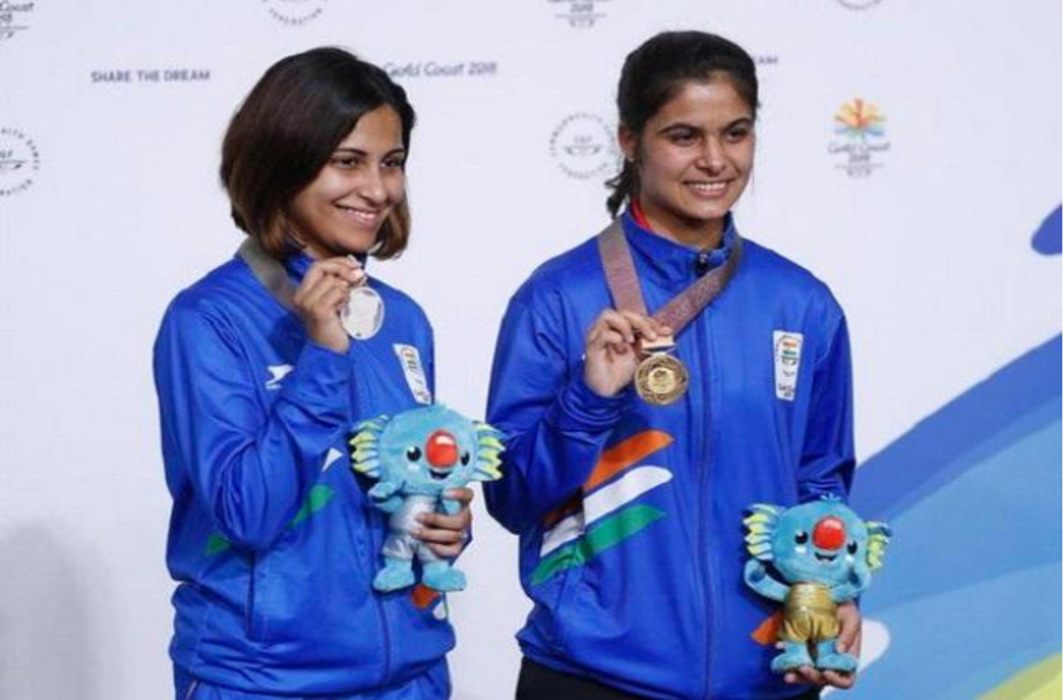 Sunday was another shining day for India at 21st Commonwealth Games being played at Gold Coast in Australia. India continued to bag gold medals on Day 4, with weightlifter Punam Yadav and 16-year-old shooter Manu Bhaker winning a gold medal each. Yadav bagged hers in women’s 69kg weightlifting, while Bhaker’s came in 10-metre air pistol event.

According to reports, Manu Bhaker, 16, and Heena Sidhu took a gold and silver medal, respectively, in the Women’s 10m Air Pistol event. Bhaker produced a spectacular performance, setting a new CWG record with a total of 240.9 points in the final round. Sidhu registered 234 to make it 1-2 for India at the top of the podium.

Punam Yadav won gold in the women’s 69 kg category by lifting a total of 222 kg which included 100 kg in snatch and 122 kg in clean and jerk. England’s Sarah Davies took silver with 217 kg, while Apolonia Vaivai of Fiji lifted 216 kg for the bronze. This is the fifth gold medal for India at this year’s CWG.

In boxing, five-time world champion M C Mary Kom confirmed a medal (48 kg category) as she advanced to the semi-finals of the Commonwealth Games 2018 boxing event. This is Mary Kom’s first appearance in CWG. She will face Sri Lanka’s Anusha Dilrukshi in the semi-final on April 11. Her entry into the last four stage confirms a bronze medal for Mary Kom.

Indian shooters Deepak Kumar and Ravi Kumar have qualified for the men’s 10 metre air rifle finals by securing the top two positions. Deepak created a Commonwealth Games record by shooting a total of 627.2 while Ravi secured his place in the final by total of 626.8 points.

India’s Sajan Prakash qualified for the semi-finals of swimming men’s 100 metre Butterfly.  He finished second in Heat 2 of the competition after clocking 54.11 seconds only behind Australia’s Grant Irvine, who finished with a timing of 53.89 at the Optus Aquatic Centre.

As of now, India stands at the 3rd position in medals tally: with 6 gold, 2 silver and 1 bronze medals. Australia is at the top with a total 60 medals, while England is placed at second position with a total of 34 medals.