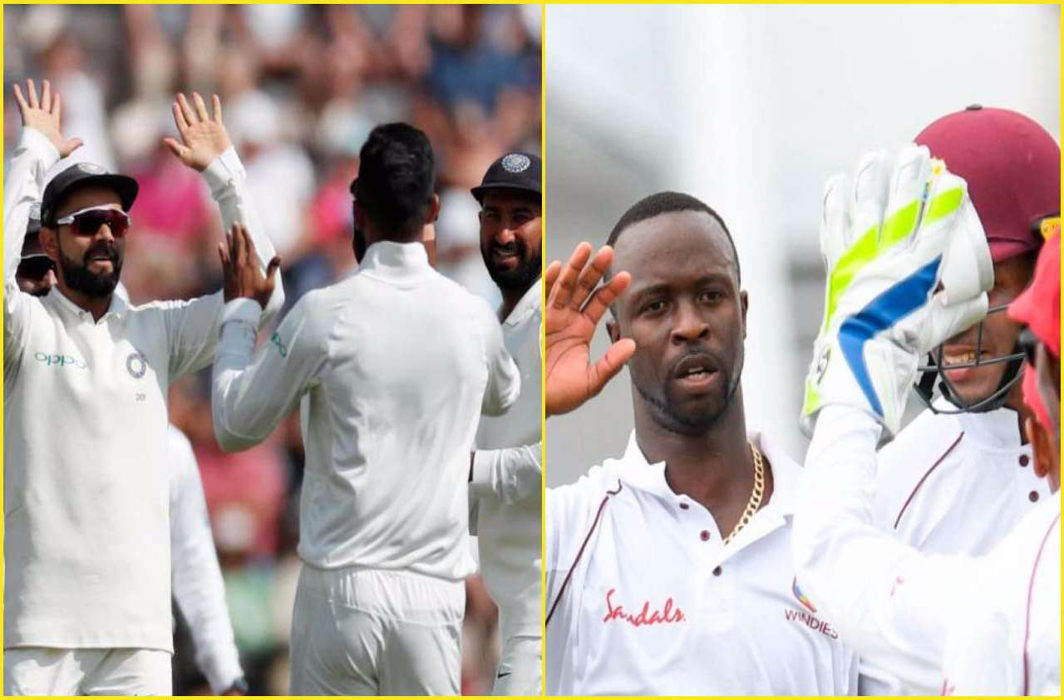 India seems all set to continue its dominance over West Indies as the first test begins at Antigua today.  After winning the T-20 and One-day series comfortably, the Virat Kohli’s team is bolstered by the presence of  world class bowler JaspritBumrah, who was rested earlier.

On the other hand, West Indies had a good last series against England six months ago. But this was followed by the removal of controversial head coach Richard Pybus and a disappointing World Cup performance.

It’s more than 17 years since West Indies have won a Test against India and the hosts will be looking forward to erase this pathetic record in the present two-match series.  The Caribbean team is hoping that it can repeat the feat achieved against England earlier this year, with the help of its fast bowling attack. Keeping this in mind, the pitch in Antigua and all other Test match venues is sporting a green top. West Indies have Kemar Roach, Shannon Gabriel and Holder to challenge the much-vaunted Indian batting line up.

But even India has Bumrah, Ishant Sharma and Mohammad Shami, who are equally adept at exploiting these conditions

With bowling attacks of both the teams containing enough arsenal, it will be the batsmen who are likely to decide the outcome of the series. Virat Kohli is in the form of his life. And if ChateshwarPujara, who scored three centuries in four tests against Australia,  can repeat his feat than it would be difficult to stop the free-flowing Indian batsmen. Moreover, the present series will be a make-or-break one for Indian vice captainAjiyankaRahane, who has not scored a century for some years.

On the contrary, the West Indies batsmen are usually found wanting in the larger version of the game, unable to concentrate and focus on playing long, steady innings.

All in all, with the two teams known for playing exciting cricket, a battle royale is on the cards.