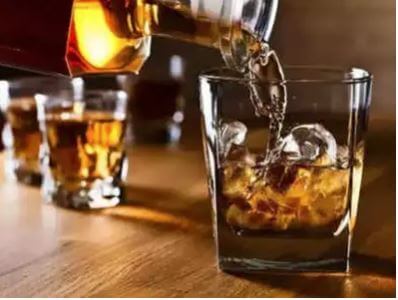 The government has reportedly ordered its 4,000 army canteens to stop buying imported goods that could be a red signal for the foreign liquor firms such as Diageo and Pernod Ricard. The order was reviewed by the news agency Reuters.

Supporting Prime Minister Narendra Modi’s Vocal for Local and Self-Reliant India Campaign, the defence ministry’s October 19 internal document told that the procurement of direct imported items shall not be undertaken in future. As per the internal reports of the Defence Ministry, the matter had been discussed with the armed forces including the army, air force, and navy in May and July.

The report claimed that the selling of foreign liquor is likely to stop in army canteens but the ministry did not specify any particular product. However, industry sources believed that imported liquor could be on the list because the foreign liquor was not in stock in most of the canteens from the last many months.

August research column of the government-funded Institute called Defence Studies and Analyses revealed that the ban on selling imported items will not affect the interests of consumers in any manner. At present, the foreign-made items sold through the defence canteens constitute about six to seven per cent of the total sales value.

India’s defence canteens sell liquor, electronics and other goods at discounted rates to the soldiers, ex-servicemen and their families. With annual sales of over $2 billion, they make up one of the largest retail chains in India.

According to the Reuters Pernod and Diageo had not received orders for their imported brands from the defence stores. Diageo did not respond to a request for comment, while a Pernod spokesman declined comment.

Recently, the government has taken several steps to curb Chinese businesses and investments following a border clash in June that killed 20 Indian soldiers.