India-Pakistan T20 World Cup encounter: Players to watch out for 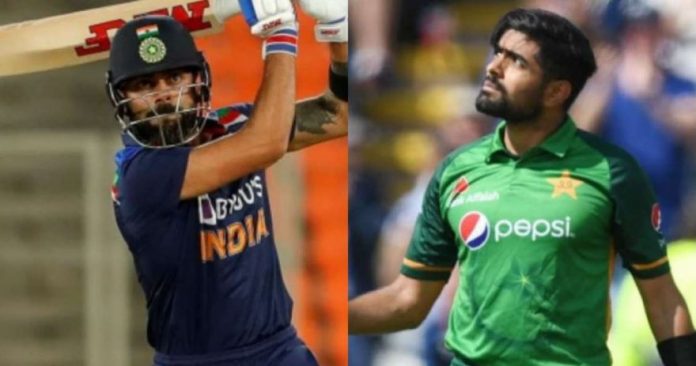 The two arch-rivals India and Pakistan are set to face each other in their opening T20 World Cup 2021 clash on Sunday (October 24) and the hype around the match has now reached a new level.

The final will be played in Dubai on November 14, with November 15 marked as a reserve day.

While India is one of the favourites to clinch the prestigious title, it would be foolish to write off Pakistan because Pakistan is known for registering big wins.

Ahead of the high-voltage encounter, take a look at 5 players to watch out for:

Kohli, who has not been scored a century since September 2019, has been in good form with the bat. So it would be the last chance for him to shine with the bat and as well to win a T20 World Cup as captain

Apart from announcements to quit as India T20 captain after the World Cup, Kohli has also confirmed that he will open the batting along with Rohit Sharma. This gives him enough time to score runs and help India set defendable targets.

Pakistan skipper Babar Azam is, without a doubt, the best batsman in his team and best too across all formats. Babar’s contribution will play an important role in deciding the outcome of the match.

The Mumbai Indians skipper Rohit Sharma, who finished IPL 2021 with 381 runs from 13 games, has the potential to destroy any bowling attacks as he did during ICC World Cup in 2019. He is one of the senior players in India.

When it comes down to the most number of runs scored for Pakistan this year, Rizwan finishes on top while Babar comes in second, with the former scoring 752 runs from 17 innings while the latter scored 523 runs from 17 innings. The opening of Babar Azam and Mohammad Rizwan could be the biggest threat for team India.

Lokesh Rahul, who won the Orange Cap scoring 626 runs in 13 games at a strike rate of 138.8 last year, is at the peak of his career across all formats. He is likely to open with Sharma in the T20 World Cup 2021. He has been one of the most consistent batsmen in the shortest format and is expected to play a massive role for India in the batting department.

After dropping Azam Khan and Sohaib Maqsood, it would be a golden opportunity for Haider Ali to showcase the form that got him to this level. He was the 5th highest scorer at the recently concluded National T20 Cup for Northern, averaging 63.40 at a strike rate of 146.75, and looking very much back to his best.

His stocks in white-ball cricket have certainly seen a sharp rise due to his stellar performances as a batsman for the Chennai Super Kings and for team India as well. He can be entrusted with the role of a finisher in the T20 World Cup. He also provides a lot more balance in the squad.

Indian fans can never forget Fakhar Zaman as he single-handedly led Pakistan to victory in the ICC Champions Trophy 2017 final. Fakhar Zaman was initially not a part of Pakistan’s World Cup squad but was later added to the team.

Imad Wasim, who will likely open the bowling most games, could also be contributed to the team with the bat.