Chasing a total of 152 runs, Pakistan opener Babar and Rizwan outclassed India scoring crucial knocks 79* and 68* and chased the target with 13 balls remaining. 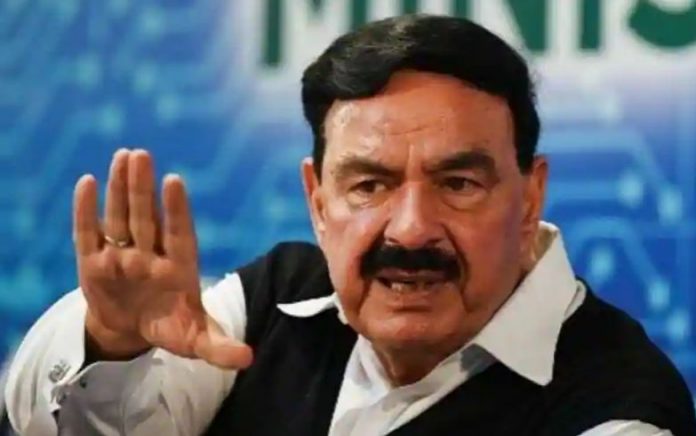 After Pakistan’s first-ever win against India in the ICC World Cup in 13 attempts, Pakistan Interior Minister Sheikh Rasheed on Monday described Pakistan’s victory against India in the T20 World Cup match on Sunday as the victory of Islam. The Muslims across the world, including Indian Muslims, are rejoicing after Pakistan won the crucial game by 10 wickets for the first time, he said.

In his congratulation message to the Pakistan Cricket team after 10-wickets victory against India on Sunday at Dubai, Rasheed said that yesterday’s match against India was the final for Pakistan. He further said the sentiments of the Muslims, including Indian Muslims and Muslims across the world, were with the Pakistan team.

Apart from such bizarre comments by a Pakistani Minister, the pictures of Virat Kohli shaking hands with Babar Azam and hugging Mohammad Rizwan have gone viral on social media. The fans across the borders praised Kohli for the gesture that he showed after the match and celebrated the heartfelt moment.

Pakistan won their first-ever T20 World Cup match against India on Sunday since 2007 when India had defeated Pakistan in the final. With this win, Pakistan has ended the winless streak at five games. It was Pakistan’s first-ever 10-wicket victory over any opponent in a T20.

Pakistan Minister’s statement comes after Mohammad Rizwan and skipper Babar Azam made a remarkable show against India in the Super 12 match of the ICC T20 World Cup on Sunday. Earlier, he had expressed the best wishes for the Pakistan team ahead of a thriller between India and Pakistan in the ICC T20 World Cup opener for both sides.

Sunday was not good for Kohli and company as Pakistan have dominated the game from the first ball of the match. After the early back-to-back dismissals, Indian skipper Virat Kohli and Rishabh, however, managed to post a defendable total of 151 runs.

Chasing a total of 152 runs, Pakistan opener Babar and Rizwan outclassed India scoring crucial knocks 79* and 68*, and chased the target with 13 balls remaining.