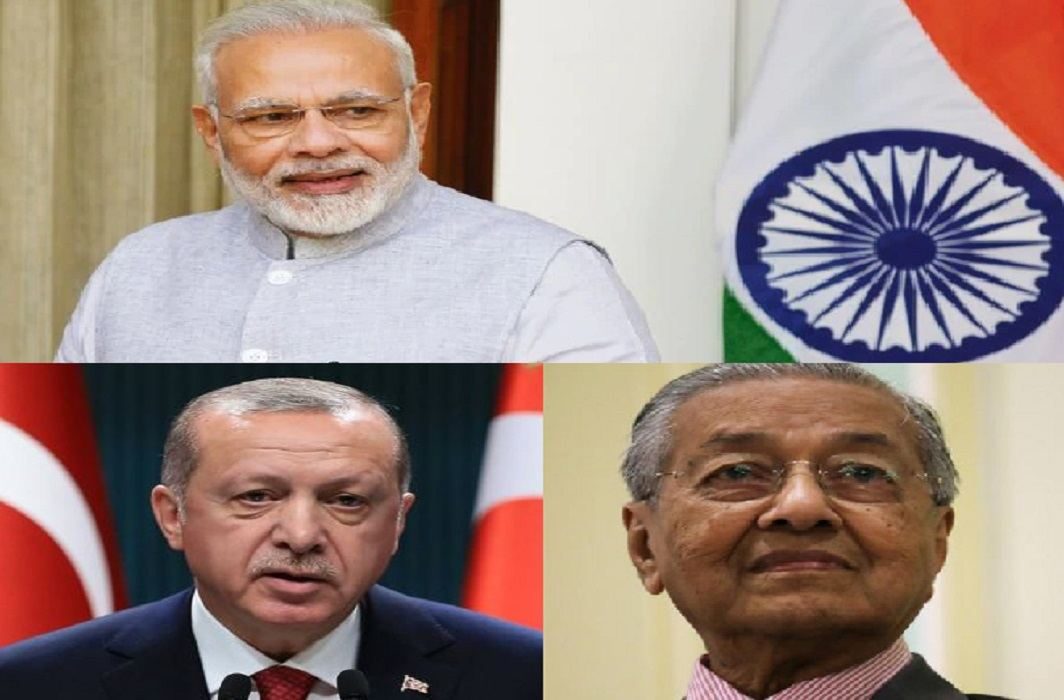 India is preparing to give a big blow to Turkey and Malaysia, who are supporting Pakistan on Kashmir issue.

To limit the import of goods from both countries, the Modi government is considering both tariff and non-tariff options. This move of the government will result in considerable economic loss to both countries. As per Bloomberg report, no final decision has been taken on this yet. Options include rigorous quality tests and the imposition of a safeguard tax in addition to the existing tax.

India’s bilateral trade with the two countries stood at just 2.9% of total trade in the financial year ended 31 March 2019. Meanwhile, India has dealt a major blow to Malaysia.

An effective Indian processors group has asked its members to immediately stop purchasing palm oil from Malaysia. India increased customs duty by 5% for six months on refined palm oil imported from Malaysia last month, citing the security of its domestic industry. Now this duty can be increased further.

Meanwhile, Prime Minister Narendra Modi canceled the previously scheduled visit to Ankara to express his displeasure with Turkey over the statement made by Turkish President Erdo एan against India at the United Nations on the Kashmir issue. India imports mineral fuels and oils, nuclear Richters and salt from Turkey. India has also started cutting defense exports to Turkey.