Home Latest india news India: Thanks Pakistan but it is short of consular access 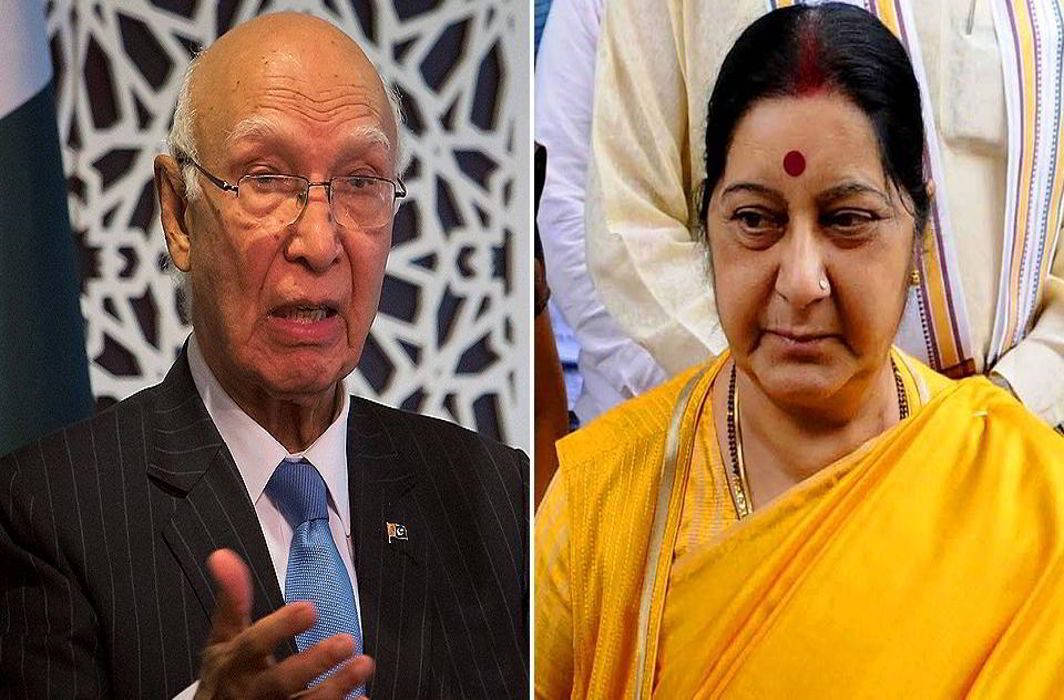 Pakistan has been denying Indian diplomats to reach Jadhav

Despite welcoming Pakistan’s gesture for allowing Kulbhushan Jadhav’s mother and wife to meet him on their soil, India has clarified that allowing a diplomat to accompany the family it cannot be considered to be the consular access.

According to IANS, the MEA spokesperson Raveesh Kumar, while talking to journalist on Friday, called the Pakistani gesture as a “positive development” but asserted that jadhav’s mother and wife’s meeting along with an Indian diplomat cannot be called consular access as of now.

“It’s good news for us. We are happy that Pakistan has accepted our request to let both his wife and mother meet Kulbhushan Jadhav. It is a positive development. An Indian diplomat will be accompanying the wife and mother when they meet him. But it is too early to predict the nature of the meeting and the access given by the Pakistani government,” He said.

Ravees Kumar was responding to a particular question as if the meeting can be construed as the consular access to Jadhav that India has been seeking for long. Pakistan has been denying officials of Indian High Commission to meet Jadhav to enquire and assess the situation.

The meeting of Jadhav with his family is expected to take place on December 25 while further modalities in this regards are being worked out, Kumar said.

He further said that Pakistan government has assured that “it will ensure the safety, security and well-being of the wife and mother” during their stay in that country.

Earlier in the day, External Affairs Minister Sushma Swaraj announced that the Pakistan government has accepted India’s request to let Jadhav’s mother and wife to meet him. She also spoke to Jadhav’s mother Avantika Jadhav.

Government of Pakistan has conveyed that they will give visa to the mother and wife of Kulbhushan Jadhav. /1

I have spoken to Mrs. Avantika Jadhav mother of Kulbhushan Jadhav and informed her about this. /2

In November, Pakistan had agreed to allow Jadhav’s wife to meet him. Hut India requested his mother should also be allowed to met his son in their custody.

Pakistan has alleged that Jadhav, an officer with the Indian Navy and attached to India’s intelligence agency RAW, was arrested on March 3, 2016 from Balochistan after he entered Pakistan illegally from Iran.

Later on April 10, Pakistani military court sentenced Jadhav to death on alleged charges of “coordinating and organising espionage, terrorist and sabotage activities aimed at destabilizing and waging war against Pakistan”.

His execution was stayed by The Hegue based International Court of Justice on May 18 this year till a final decision was reached in the judicial proceedings. Pakistan is supposed to submit its pleadings to ICJ by December 13.

Meanwhile, Minister of External Affairs, has been granting visas to Pakistani patients for treatment in Indian hospitals, for what she is facing ire from several people on social media. However, Pakistani citizens are thankful for her humane response.