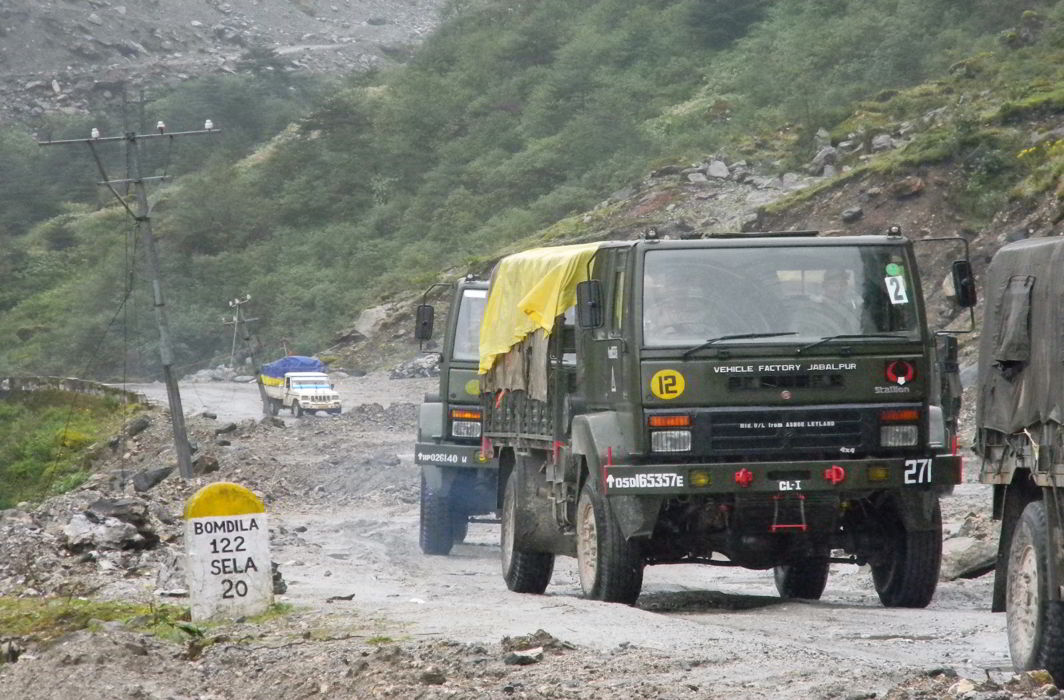 The Doklam standoff with China having driven home the urgent need, India has decided to boost the infrastructure along the Sino-Indian border, especially in Uttarakhand.

The decision was taken at the Army’s commanders conference this week. The officers deliberated on the Doklam face-off with China, besides analysing all possible security challenges on the border with China.

Apart from Uttarakhand, the army will also enhance the infrastructure in a few other regions. “It has been decided that there would be a concerted heft towards road construction activities in this sector. To that end four passes to Niti, Lipulekh, Thangla1 and Tsangchokla have been decided to be connected by 2020 on priority,” Director General Staff Duties (DGSD) Lt Gen Vijay Singh told reporters.

The commanders also examined organisational changes of some of the formations to enhance existing capability, indicating that the Army leadership was looking at bolstering its current operational preparedness. It has also been decided to allot additional funds to the Border Roads Organisation for development of roads and infrastructure, he added.

Defence Minister Nirmala Sitharaman also addressed the conference and lauded the swift and effective response of the Army in dealing with external and internal threats. The Minister emphasised “the need to guard against inimical forces”, the DGSD said.

Referring to the government’s ‘Make in India’ programme, Sitharaman also stressed on the urgent need to become self-reliant in the defence sector. “She emphasised on jointness and integration by all services for emerging challenges,” the DGSD said.

Chief of Army Staff (COAS) Bipin Rawat said the Army will have to be prepared for “all eventualities at all times” and therefore utmost priority has to be given to procurement of arms, ammunition and equipment.

After the standoff between the Indian and Chinese armies at Doklam was resolved, the region has seen quite some Chinese activities in the last few days. Some reports said that China’s People’s Liberation Army has once again started expanding roads at the Indo-China border in Doklam – about 10 kilometers from the previous site.

Bhutan too has now spoken about the Chinese Army’s activities in the region and has taken up the matter with the Chinese mission in New Delhi. Bhutan ambassador to India Vetsop Namgyel met Luo Zhaohui, his Chinese counterpart, and spoke about the presence of the PLA at the plateau and the activities it has been carrying out, reported the Times of India. Bhutan and China are also learnt to have discussed in the meeting the possibility of holding another round of their border talks soon.

Beijing has been upgrading and widening the existing routes in the region, but considering the area is not too close to the Indian border, New Delhi hasn’t raised an objection to it yet.

India had refuted the claims of PLA buildup in the region and said that there was nothing alarming taking place there. It said there were “no new developments” at the “face-off site and its vicinity.”

“We have seen recent reports on Doklam. There are no new developments at the face-off site and its vicinity since the August 28 disengagement. The status quo prevails in this area. Any suggestion to the contrary is incorrect,” said Raveesh Kumar, spokesperson of the Ministry of External Affairs.

According to media reports in the past couple of weeks, Chinese troops remain stationed around 800-900 meters from the face-off site on the Doklam plateau even though Beijing has shifted road construction equipment from that site. Reports citing satellite imagery have stated that China is currently building a road network 10-12 km north of the standoff site.